Born to stand out from the crowd, Johanes Eckertstrom’s distinctive voice has led the charge in the re-shaping the genre of heavy rock. Eckerstrom is the lead vocalist in the award-winning Swedish heavy metal band Avatar.

The band launched in Gothenburg in 2001, under the leadership of the guitarist John Jarlesby and John Alfredson, the drummer. It is hard to summarise the unique sound of Avatar with a dizzying range of influences from Abba, Beethoven, Iron Maiden and Marilyn Manson, the band cannot be easily defined. However, it is precisely the fluctuation of genres and the band’s appetite to push their own boundaries that has won them countless devoted fans from all corners of the earth. Signed to music labels in Germany and Japan, songs from Avatar’s eight studio albums have regularly featured on the most prominent rock radio stations of countries across the globe. Interestingly, the band has been a remarkable hit with American audiences as exemplified by their charting on Billboard Mainstream Rock Songs. Their latest album, Hunter Gatherer was a collaboration with the legendary music producer Jay Ruston, showcasing the band’s increased confidence.

Much of Avatar’s global success owes to their electric stage persona, including their distinctive ‘clown face’ makeup which was the genesis of Eckerstrom himself. Eckerstrom’s melodic voice combined with his desire to provide audiences with thrilling performances has helped mark Avatar’s distinctive style. Despite the band’s global success, Avatar still maintains an intimate relationship with fans through their podcast MetalBreak and various social media platforms. Eckerstrom’s pursuit of musical excellence and exceptional individuality has remarkably worked in his favour. 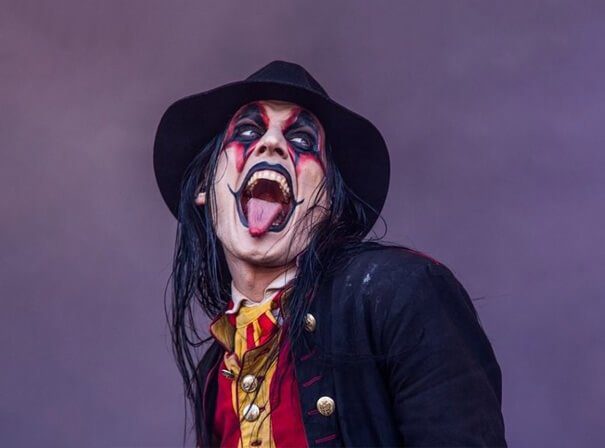