Retired Dutch goalkeeper John Achterberg has used his proficiency in goalkeeping to help his team bring down formidable opponents, and now he’s teaching younger players how to do the same.

With close to four hundred games under his belt gathered throughout a sixteen-year career divided between NAC Breda, FC Eindhoven, and Merseyside’s Tranmere Rovers Club, his retirement in 2009 was a bittersweet event for fans who had felt privileged to watch him on the field.

Since then, he’s gone on to earn his professional coaching license from the Union of European Soccer Associations, and become the first team coach for the Liverpool Soccer Club. However, even with the qualifications under his belt, Achterberg has expressed that he has no plans to become a manager, preferring to continue on his path of preparing the next generation of keepers.

Now eight years into his coaching stint, the retired player holds a special place at Liverpool, and has the overwhelming support of staff and fans. One of his recently scouted keepers Alisson Becker, brought all the way from Brazil, is already setting club records, and Achterberg is seen as having played a key role in his development. He frequently travels to different youth clubs and countries to assess goalies with potential, and at last count, stated he has his eyes on over five thousand players. Achterberg remains an ace even in retirement. Fans can keep up with his adventures through his social media. 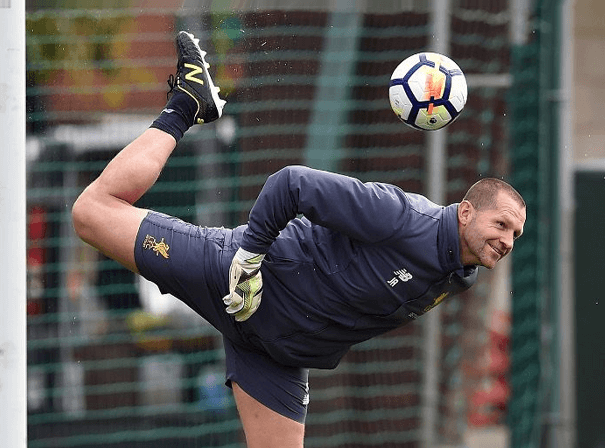