John C. McGinley is an actor who starred as Perry Cox in the NBC’s hit dramedy, Scrubs, where he won two Online Film & Television Association Awards for his portrayal, and even had a cameo in the sequel, Scrubs: Interns.

McGinley got his start on Broadway in Requiem for a Heavyweight, as well as the Off-Broadway productions for The Ballad of Soapy Smith and Talk Radio. For his TV debut, he was cast in the NBC soap-opera, Another World. Shortly after, he starred and wrote his first original film, Suffering Bastards.

When he was in the highest-rated miniseries on FOX, Intensity, McGinley flaunted his acting chops by playing a serial killer. And his major roles have been very diverse, from Bob Sydell in Office Space, Ben Harp in Point Break, Captain Hendrix in The Rock, Metallo in Superman, Marv in Wall Street, to Sergeant Red O’Neill in the Oscar-winning film, Platoon. And those are only a few of the 64 films he’s appeared in.

Besides Scrubs, McGinley starred in shows like Another World, Ground Floor, and Stain Against Evil (which he also produced) while also holding many supporting roles. Between episodes, he’s starred in advertisements for major companies like Miller Lite, State Farm, Subaru, The Champions Tour, and various ESPN commercials. These sports-related opportunities stemmed from his narration of the 2008 Stanly Cup Championship documentary.

Outside of entertainment, McGinley has a son with down syndrome, so he serves on the Board of the Global Down Syndrome Foundation, The Special Olympics, and the National Down Syndrome Society. During his time with these organizations, he’s contributed to the “Spread the word to end the word” campaign and has written about awareness in the Huffington Post.

Lastly, McGinley is also the author of Untalkative Bunny: How to be Heard Without Saying a Word. 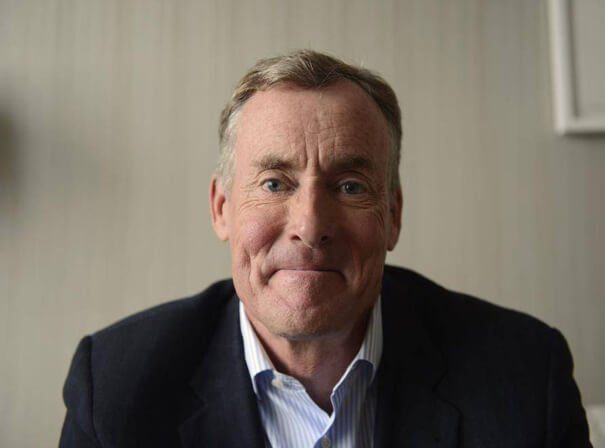