John Patitucci is an American jazz bassist and composer who is widely renowned for his musical endeavours. Patitucci was born in New York and started playing bass at the young age of twelve, firmly setting his sights on a career as a musician at that moment. He grew up listening to bass parts in R&B songs and indulged himself in his grandfather’s jazz records, which provided him with endless inspiration.

Patitucci has said that some of his greatest influencers are Oscar Peterson’s albums with Ray Brown and Wes Montgomery’s with Ron Carter.

Patitucci studied acoustic bass in the 1970’s and embarked on his professional career when he relocated to LA in 1980. Patitucci has been a member of many esteemed bands, playing with prestigious musicians and house names. He has played with Vinnie Colaiuta, Steve Tavaglione, John Beasley, Herbie Hancock, Wane Shorter and Roy Haynes, amongst others. Patitucci was the artistic director of the Bass Collective, which is a school for bassists in NYC. He was professor of Jazz Studies at City College of New York and was appointed artist in residence at Berklee College of Music.

In 2015, Patitucci was the focus of a documentary called ‘Back in Brooklyn’, released on Sky Films and directed by Patrick Cone. The documentary was positively received and coincided with the release of Patitucci’s studio album, ‘Brooklyn’. It features behind the scenes footage and live performances as well as interviews with the likes of Chick Corea, Herbie Hancock and more. Patitucci has received many awards for his musical achievements and has been nominated for a Grammy Award. Most recently, he won a Lifetime Achievement award for Bass Player magazine in 2019. 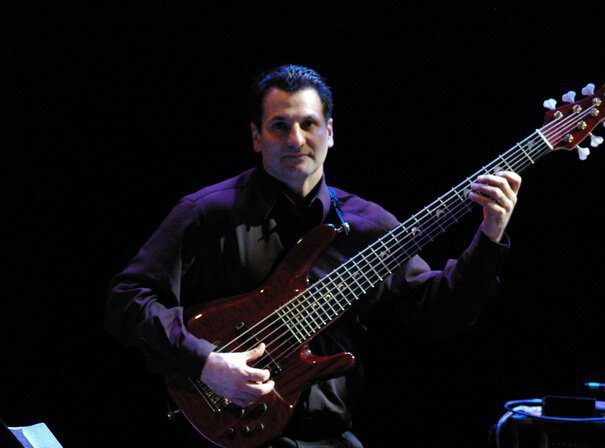