Jon Anik is an MMA media machine. After spending more than 5 years as an ESPN anchor, he joined the Ultimate Fighting Championship as a colour commentator in 2011. On the foreign broadcast of UFC on FX: Guillard vs. Miller, Anik made his commentary debut. With colour commentator and former UFC fighter Kenny Florian, he was the lead play-by-play announcer for various FX and FUEL TV fights. He’s also the host of UFC Ultimate Insider, the UFC’s main sports magazine show. At UFC 155, he stepped in for Mike Goldberg and teamed up with Joe Rogan.

Anik has appeared on ESPN’s SportsNation, The Scott Van Pelt Show, The Herd with Colin Cowherd, and The Doug Gottlieb Show, among other shows. ESPN Radio 1100 in Las Vegas, ProMMA Radio, MMAjunkie Radio, MMA Weekly Radio, The MMA Hour, the Sherdog Radio Network, and his “Anik-dotes” are featured on the ESPN UFC podcast every week.

Anik appeared on Ariel Helwani’s MMA Hour in September 2014 to announce that he had signed a new, longer-term contract with UFC. The Anik-Florian podcast was launched in April 2015 by Anik and former UFC analyst Kenny Florian. Mixed martial arts, sports, and pop culture are addressed in the show. After losing a wager on the outcome of Nate Diaz vs. Conor McGregor at UFC 196, Anik was forced to get a tattoo of the number 209, which represents Diaz’s hometown of Stockton, California. Anik has been the UFC’s principal play-by-play commentator for all pay-per-view events since Mike Goldberg’s departure in 2017. In October 2018, Anik announced that he had extended his contract with the UFC for another four years. 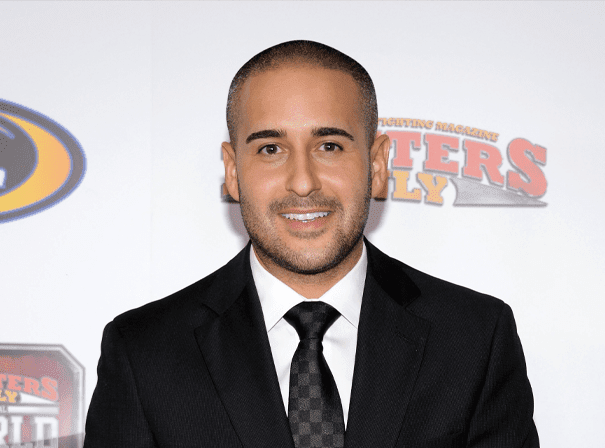