As far as broadcasting goes, Jonathon ‘The Coach’ Coachman is extensive to say the least. A historical pillar of WWE broadcasting, a professional sports interviewer and a highly reputable analyst – Coachman has some serious accolades under his belt. Joining the WWE at the start of the new millennium, Coachman soon evolved into an invaluable wrestling personality and it didn’t take long for The Coach to weave his way to the top. After a long-lasting leg at WWE, Coachman now spends his time as a play-by-play commentator for NBC.
Coachman won over WWE fans with his characteristic humour and stand-out antics.The broadcaster wasn’t always behind the scenes with a microphone in hand, he was in fact a highly scouted prospect on the basketball court whilst starting out in play-by-play commentary for his high school. After developing a knack for it, Coachman joined the WWE team in 1999 with his debut interview with popular wrestler The Rock. Joining the permanent ranks, Coachman became the lead announcer on Sunday Night Heat. The charismatic joker of the squad continued to announce until 2005, where he shared his talkative persona to the willing CBS team, providing play-by-play commentary for football and basketball games.
Coachman then joined ESPN in 2008, even starting his own WWE highlight reel in 2015, featuring clips and interviews of his former life. To date, Coachman has worked with a complex amalgamate of sport, personalities and analysis. Now a leading light on NBC Sports Group, Coachman continues to share his expertise with whoever is watching or listening. 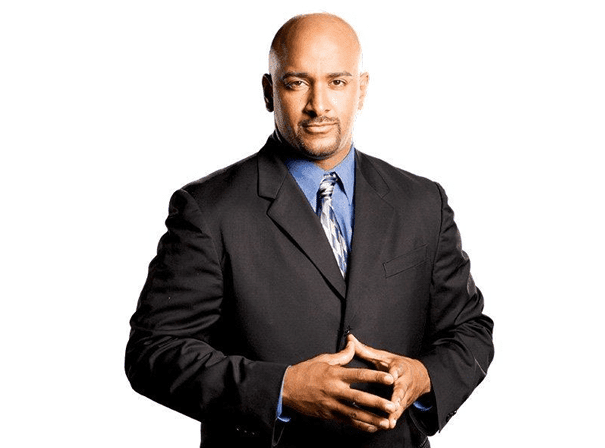