After guest starring in The Hustler, Crackle andiCarly on the Nickelodeon channel, Jordan Fisher landed his first role in amajor network production playing the part of Jacob in seasons 4 and 5 of TheSecret Life of the American Teenager. Further roles on the Disney Channelfollowed, and in 2015 he dazzled audiences with a captivating portrayal ofHolden Dippledorf in the hit comedy series Liv and Maddie. Fisher has alsoappeared in The Thundermans and Teen Wolf. His first cinematic performance camein 2013 when he fulfilled the role of Seacat, the buccaneering gang leader inthe cable TV movies Teen Beach 2, which aired on the Disney channel. Fisher madehis Broadway debut in the hit musical Hamilton, playing the duplicitous role ofJohn Laurens and Philip Hamilton.

Fisher has also enjoyed a successful career in musicand became a favourite on Radio Disney with his soulful pop songs, ‘By YourSide’, ‘Never Dance Alone’ and ‘What I Got’. His music career progressed whenhe signed a major-label deal with Hollywood Records in 2015 and went on torelease the 2016 hit single, ‘Counterfeit’, followed by the infectiously catchypop tune ‘All About Us’. Most recently, Fisher can be seen demonstrating hisdance skills on Dancing with the Stars, where his dedication and talent led tohim winning the season. 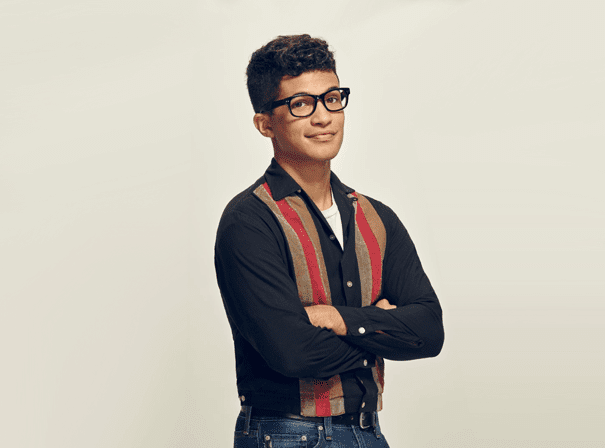