The talented and dedicated Jordan Ibe is a professional Soccerer who plays as a winger or attacking midfielder. After coming up through the youth system of Wycombe Wanderers, he joined Liverpool in 2012. He was signed by AFC Bournemouth for a then club record fee of £15million in 2016. He has also represented England at U-18 and U-21 level.

Born and raised in London, Ibe was always a natural talent with a Soccer and started playing with the Charlton Athletic youth team. He then joined the Wycombe Wanderers youth team in 2007 at the age of 12, progressing through their system, until making his first team debut in August 2011 during a League Cup match when he was just 15. In October he became Wycombe’s youngest-ever Soccer League player when he came on as a substitute. A few weeks after that he made his first league start and scored a goal becoming the youngest Wycombe goalscorer in the Soccer League. In December he signed with Liverpool as a 16-year-old and initially joined their U-18 squad. He eventually made his Premier League debut in May. In 2014 he was loaned to Championship club Birmingham City until the end of the season. In August he joined Derby County on a season-long loan, before being recalled to Liverpool in 2015. In July 2016 he joined AFC Bournemouth on a four-year contract for a club record fee of £15million. After his contract expired in June 2020, he returned to Derby County in September. But he made just one appearance for them, and later spoke about suffering from depression. He left the club by mutual consent at the end of the season.

Ibe regularly connects with his legions of followers and fans through Instagram, and Twitter, posting pictures and videos of his life around the Soccer pitch. 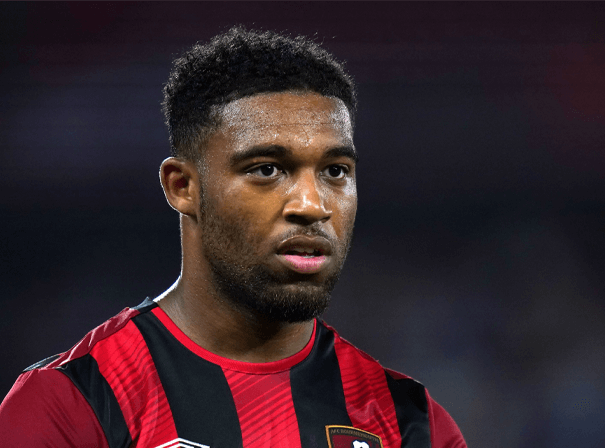