Reality television stars Josh and Aika Batterson rose to prominence on season five of popular American reality show 90 Day Fiancé in 2017. Four years later, the couple – who became fan favourites – are still together and regularly post photographs of their travels and life together on Instagram, where they have racked up more than 32.7k followers.

Josh Batterson hails from Mesa, Arizona and met Aika – from Quezon City, Philippines – on a dating app on the TLC show. Josh had nearly give up on love when he appeared on 90 Day Fiancé after two failed marriages, but he fell hard and fast for Aika and proposed to her after spending just five days together in the Philippines. After Josh filed for a K-1 visa for his new love, Aika travelled to America to see if their relationship could work.

Fans of the show saw the couple work through several difficult issues in Series 5, including learning that Aika may be infertile and Josh’s previous charges for domestic violence. Despite these hiccups, the couple worked through their problems and endeared themselves to viewers, who were delighted when the pair married on the show in a small Las Vegas ceremony.

Josh and Aika are still together living in Arizona, and as well as updating their followers on Instagram together the couple make YouTube and Cameo videos about their adventures, often focussing on nature, camping and outdoor activities. 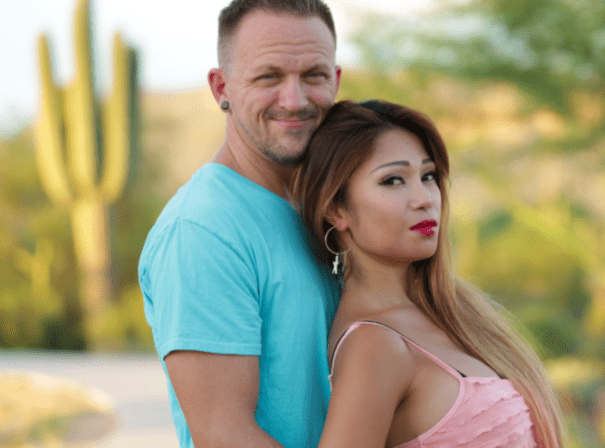