Rising Soccering star Juan Pablo Torres is at the front of a meteoric career. Currently playing as a midfielder for USL’s Austin Bold and New York City FC, Torres’ command of the ball sets the pitch ablaze. Before his remarkable debut with NYC FC in 2019, Torres earned his stripes with Georgia United. From there, Torres made his professional debut with the Belgian club Sporting Lokeren. An unstoppable force, Torres has excelled in the United States Youth National Team and has competed in U15, U16, U18 and U20 levels. A captivating and engaging player, Torres’ future is bright.

While representing the US U20 team at the 2018 CONCACAF U-20 Championship, Torres helped his team secure the victory and qualify for the 2019 FIFA U-20 World Cup. In that phenomenal season, Torres scored a remarkable four goals. After playing for the Sporting Lokeren team for two years, Torres was snapped up by the MLS team, New York City FC. His MLS debut saw Torres go head to head with Philadephia Union and start in the club’s first Lamar Hunt Open Cup win against North Carolina FC. Despite the COVID pandemic, Torres made two league appearances during the 2020 season and is now on loan to Austin Bold. As Torres continues to perfect his skills on the pitch, he will continue to lead the next wave of aspiring Soccerers into the fore. 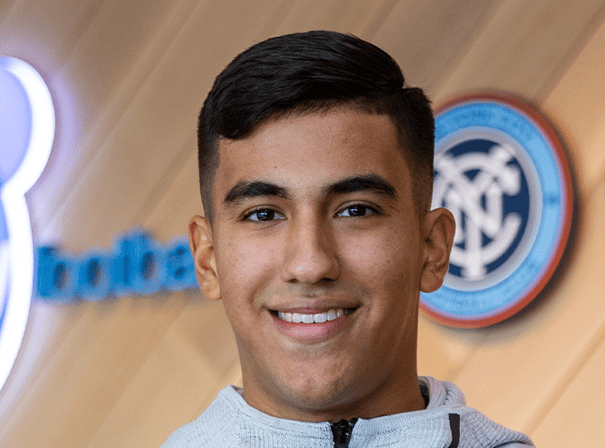