Jujimufu, real name Jon Call, is an award-winning weightlifter, online fitness coach and social media influencer. Born in Alabama, he now lives and works in North Carolina. Known for his massive muscle strength and flexibility, he gained widespread recognition thanks to a viral video of him lifting 100lbs while doing weighted chair splits. He became a household name in the U.S. as the anabolic acrobat act from Season 11 of America’s Got Talent, when he famously lifted judge Heidi Klum above his head while simultaneously doing the splits.

Jujimufu was originally inspired at the age of 13 when he began training Taekwondo, before discovering “tricking” (an acrobatic training discipline) at the age of 15. In 2002, he launched the website trickstutorials.com, and subsequently grew the single largest community of online tricksters outside of social media. As he grew into an adult, he began to combine his tricking talents with recreational bodybuilding and strength pursuits, incorporating anabolic workouts into a tricking regimen. This pursuit resulted in an online coaching business called Acrobolix, created in 2014.

As Jujimufu’s fame grew, so did his credibility as a pioneer in the online fitness community. He gained increased traction as a social media influencer, and currently has over 1.5m followers on Instagram, and 1.03m subscribers on the YouTube channel Juji & Tom, which is run alongside long-time collaborator and friend, Tom Boyden. Jujimufu now states that his focus is on expressing his fitness capabilities with a colouring of humour and wisdom, with the aim of reaching the broadest audience and help others to themselves grow and develop. 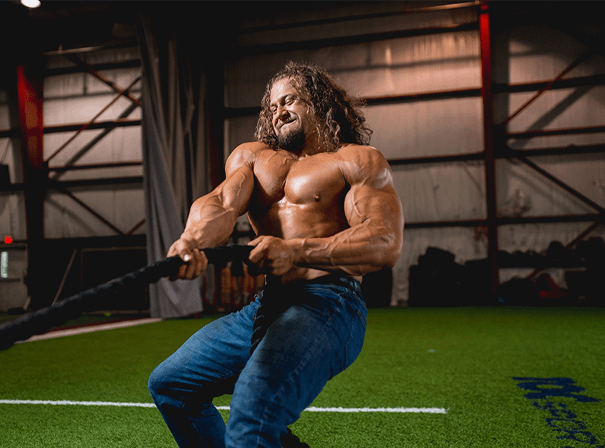