Up-and-comer Justin James is an English Soccer player who rose to fame after being signed to Premier League club Leicester City in mid-2019.

Born and raised in Luton, James got his start in Soccer when he joined Luton Town’s youth system at just seven years old. At the age of nine, he formed part of the under-11 team that won the Aarau Masters, beating Bayern Munich to claim the trophy. James’ career was fast-tracked when he was called to play at right-back in Luton Town’s under-18 team, despite still being under 16. During this time, James was part of the club’s development squad that were champions of The Central League Southern Division for the 2014-2015 season, before signing his first professional contract that saw him playing for the club until the end of the 2016-2017 season. With Luton Town, James won the Youth Alliance South East title and the Youth Alliance Cup, reached the quarter-finals of the FA Youth Cup and made his professional debut in a game against Exeter City.

In the 2016-2017 season, James broke into the first team, helping the team to win against Aston Villa and Exeter City. At this point, James was named Luton Town Young Player of the Season and signed another two-and-a-half-year contract, marking him as one to watch. He was also called up to the England under-19 team, with whom he trained in Spain; while he didn’t make the cut, James was called to the England under-20 team later in the year, making his debut in mid-2017. An in-demand player, Nottingham Forest, a Championship club, made a £1 million bid for James.

In 2019, James signed with Leicester City on a five-year contract, scoring in his debut game against his former club. James is a confident and athletic defender often hailed as being a versatile player. Boasting over fifty thousand followings online, James has a bright future ahead of him. 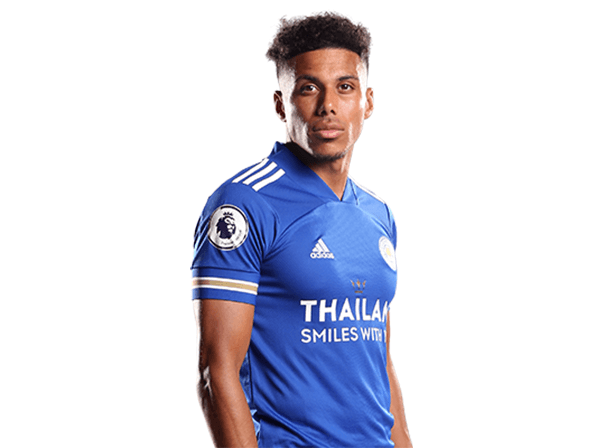