Ricardo Izecson dos Santos Leite – known to millions as Kaká – is a former Brazilian Soccerer widely regarded as one of the best players of his generation. An attacking midfielder, he enjoyed incredible success at both club and international level, and is one of only eight players in history to have won the UEFA Champions League, the FIFA World Cup and the Ballon d’Or. During his playing career he became one of the world’s most well-known athletes and was the first person in any sport to amass over 10 million Twitter followers. He is also famous for his dedication to humanitarian work, and in 2004 became the UN World Food Programme’s youngest ever ambassador. Time listed Kaká as one of the most 100 most influential people in the world in both 2008 and 2009.

Kaká kicked off his playing career when he was eight years old with São Paulo, and by the time he was 15 he had signed a contract with the club and led the youth squad to glory in the Copa de Juvenil. He made his professional club debut in 2001, and his performances led to the young player joining Milan in 2003. Kaká led the side to win the 2007 UEFA Champions League Final where he was also the top goal scorer of the tournament. His incredible skills earned him the 2007 Ballon d’Or, FIFA World Player of the Year and the UEFA Club Soccerer of the Year.

He made his debut for Brazil in 2002 and was selected for the side that went on to lift the World Cup the same year. Having enjoyed a spell as the best Soccerer in the world he retired in2017, but his contributions both on and off the pitch have established Kaká amongst the legends of Soccer. 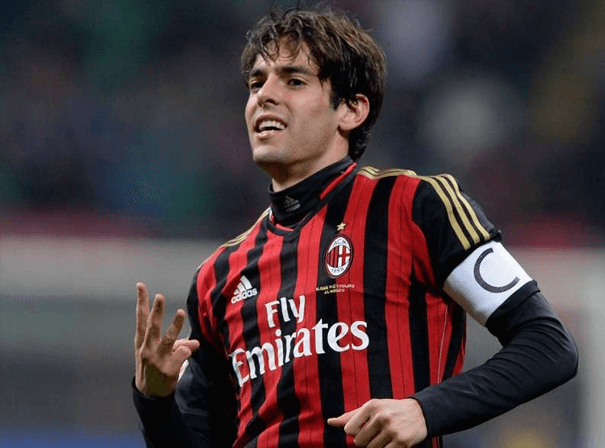