Kellin Quinn is an American singer, songwriter and musician from Oregon that both leads his very own band and frequently collaborates with other top acts in the industry to produce music audiences want to hear. He is perhaps best known for being the lead vocalist and keyboardist for the rock band Sleeping with Sirens alongside guitarist songwriter Titus Lockhard, however Kellin is consistently involved in multiple projects.

Sleeping with Sirens released their debut album in 2010, With Ears to See and Eyes to Hear, through Rise Records. The album was met to rousing reviews and rose all the way to number 7 in the Billboard Charts. In 2012 Kellin and the band released a Halloween special single, Dead Walker Texas Ranger. That same year the talented musician also worked on the music and music video for King for a Day by rock band Pierce the Veil. In 2014 the single went Gold and in 2020 it reached the very top, going Platinum.

Other special collaborations of Kellin’s include with fan favorites Good Charlotte, Memphis May Fire and rapper Machine Gun Kelly amongst an endless list of others. On top of being a successful musician, Kellin also owns a clothing brand, Anthem Made, and is a founder of Dreamer Development Group. The Group is a support network for aspiring artists, seeing the likes of Manic and Roseburg. In 2019 Sleeping with Sirens released their latest album, How It Feels To Be Lost. 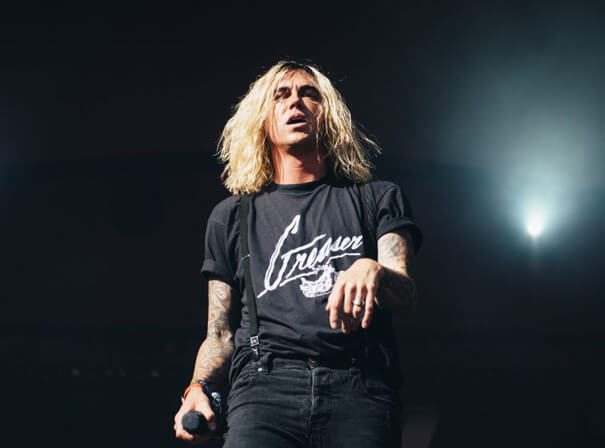