Kelsey Cristiano is a sports presenter and a former competitor on the games show, Ultimate Tag. She became well-known after competing on the show in 2020, taking on professional taggers as she tackled one of the most impressive assault courses of all time. She also runs her own podcast.

Cristiano was a competitor in Ultimate Tag in 2020. The show, which only ran for one season, combined the concepts of World Chase Tag and American Gladiators to create ultimate entertainment. Her impressive performance on the show saw her walk away with ten thousand dollars after she managed to evade the professional taggers and beat out her competitors. Though the show was cancelled, she will always have the knowledge of her victory in the nail-biting contest.

Cristiano has been a sports presenter for Mile High Sports for the last few years, providing coverage of sporting events in Denver. Her sports expertise certainly aided her on Ultimate Tag, and she has plenty of insight to give during her hosting hours. In her spare time, she’s a self-confessed ‘sneakerhead’, and she co-hosts the podcast, Kicks of the Trade, every Wednesday with her friend.

Cristiano’s social media popularity is on the rise ever since she appeared on Ultimate Tag. She now has over five thousand Instagram followers keeping up with her ventures. She also has a Cameo account where fans can connect with her for a small fee. 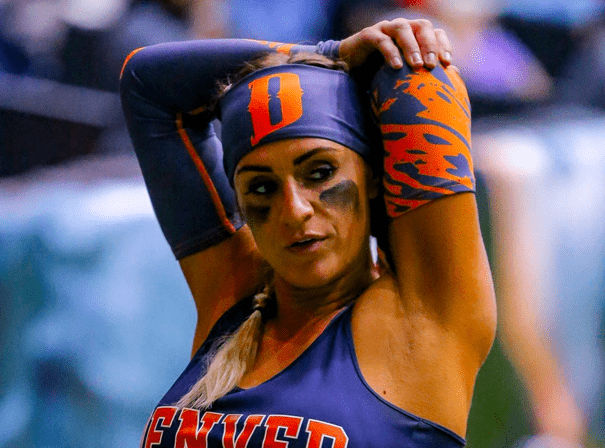