Often coined “The James Bond of Motivational Speaking,” Kenyon Salo is here to teach audiences how to live their lives to the fullest. With over twenty years of experience as a keynote speaker, Salo has delivered speeches to audiences as large as 300,000 people.

Salo practices what he preaches, given he one of five members of the Thunderstorm Skydive Team. Prior to football games for the Denver Broncos, Salo and his skydiving teammates perform pre-game shows to hype up the audience, flaunting acrobatics in the air and precise landings into the stadium. And the Thunderstorm Skydive Team is the only of its kind in the National Football League.

As someone who lives for adrenaline, Salo’s performed over 6,000 skydives, and he’s even gone BASE jumping upwards of 450 times. During his speeches, he talks about what it’s like to jump from 5,000 feet and motivates his audience to take chances, as well, by following a principle he calls “The Bucket List Life.” With this practice, he creates more experiences and has more stories to share simply by living a fuller life.

Whether it’s Australia, Greece, Lebanon, or Malta, Salo’s traveled far and wide to deliver his moving speeches. He’s spoken as a guest-performer on network television: so far, he’s been seen on MTV, ESPN, FOX, CBS, ABC, and NBC, to name a few. Additionally, he’s been featured in NFL films. Fortune 500 Companies have also hired him to help with national web-campaigns for a fresh perspective. 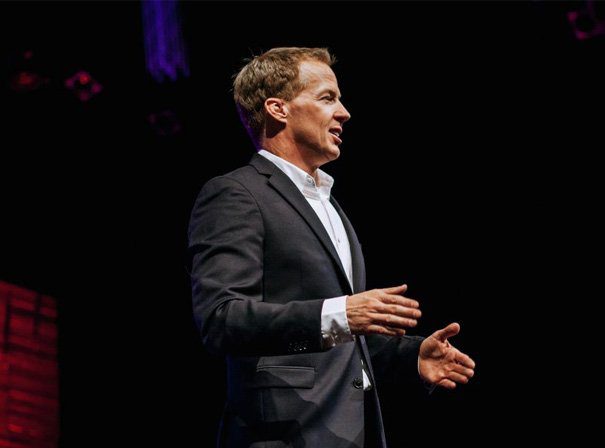