The beautiful Emmy-nominated Kerly Ruiz is a Venezuelan TV presenter, entertainer, model, actress, comedian and YouTuber, best known for hosting the morning TV magazine shows La bomba on Televen, Portada’s on Venevisión, and Chic al día on EVTV. She was also the official presenter for the Miss Venezuela contest between 2013 and 2017.

Born and raised in Caracas, Venezuela, Ruiz studied dance, music and modelling from a young age and gained initial fame when she was seven-years-old after she appeared on the reality TV show Hay Que Oír a Los Niños. After attending the Colegio Nuestra Señora de la Candelaria to study Humanities, she represented Venezuela in the international pageants Miss Maja International, and Miss Hawaiian Tropic of 2006, achieving the title of second runner-up in the latter. During that same time, she moved to Los Angeles to study English.

In 2007 Ruiz started working as a presenter back in Venezuela on Rompe Coco Turbo, and then worked on the entertainment show La bomba from 2008-2011. In 2012 she started presenting for Venevisión’s morning show Portada’s. She left Venevisión in 2018 to move to the United States after accepting a job from the Miami-based digital channel FeedLatino to host the programme Simplemente Kerly. Shortly after she began presenting EVTV’s Chic al día. Then in 2021 she was hired by the Telemundo channel as their new presenter for Noticiero Telemundo. As an actress she has appeared in a number of telenovela productions including 2012’s Natalia del mar, and Mi ex me tiene ganas.

Ruiz regularly connects with her millions of followers and admirers through Instagram, and Facebook, posting pictures and videos of her life both on and off the screen. She also has a dedicated YouTube channel, Kerly Ruiz TV. 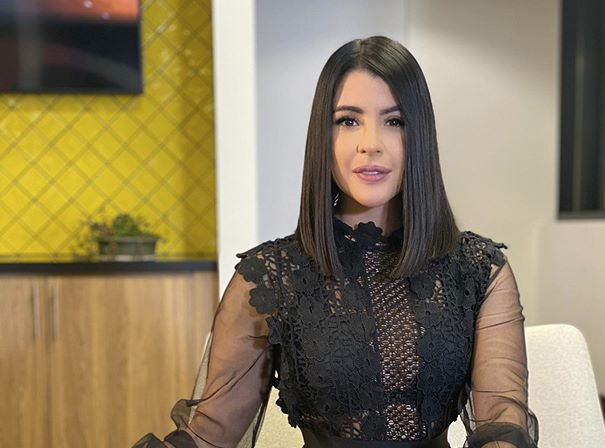