Football wide-receiver, quarterback, and all-round entrepreneur Khalil Tate enjoyed a massively successful high school and college sporting career that saw him win much praise and many accolades — he was even featured on the cover of Sports Illustrated. He was signed up by NFL side the Philadelphia Eagles in 2020 but waived by them in summer 2021, leaving him a free agent waiting for the right club to notice his undoubted skill and give him his break. In the meantime, he remains popular on social media, particularly on Instagram where he has over 21,000 followers and also has the acronym West$ide Rep.

Tate excelled in football at high school, being named a consensus four-star recruit and one of ESPN’s top-ten dual-threat quarterbacks. Amid other offers, he elected to play college football for the University of Arizona’s team, the Wildcats, making his debut for them when he was just 17 years old. He made 40 appearances for the team over his four years playing for them. He had a particularly successful sophomore season, being named the AP-Pac 12 Newcomer of the Year, gaining both sporting and academic honourable mentions, and becoming a four-time Offensive Player of the Week. By his senior season, he had become a full-time starter for the team. He may currently be a free agent, but write him off at your peril. 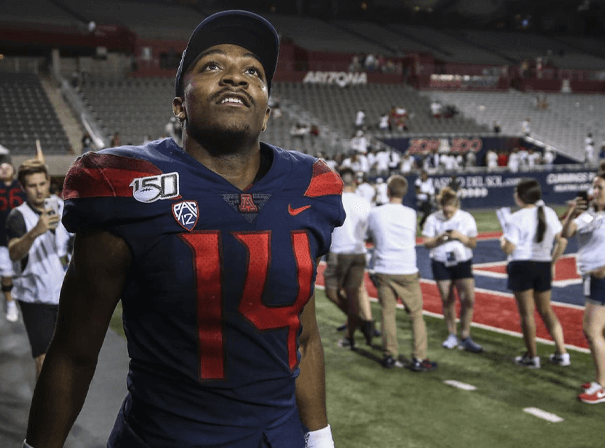