Fitness queen Kiana Tom is a legend of the health and fitness industry and a role model to millions. The iconic fitness expert is recognised around the world as the star of the #1 rated fitness show on ESP, Kiana’s Flex Appeal, which has reached more than 80 million homes around the globe for more than a decade. The television host and fitness guru is also an author, actress and entrepreneur who won the prestigious Fitness Legend Award and the United States Sports & Fitness Award for her contributions to the fitness industry. Tom is also known for appearing in Enimen’s Without Me music video.

Born in Maui, Hawaii, Tom first rose to prominence as one of the original cast members on fitness and exercise show Bodyshaping, which aired from 1990 to 1998 on ESPN. In 1995 the talented star created, co-produced and hosted her very own health, lifestyle and fitness show Kiana’s Flex Appeal. After putting her heart and soul into the entire production including choosing stunning locations and developing show segments including Pro Gym, Aqua Flex, Home Gym, it was no surprise that Flex Appeal became a huge hit with high ratings. Due to the success of the show ESPN also developed other shows around the gorgeous fitness expert, including Hot Summer Nights with Kiana, Kiana’s Too Fit 2 Quit and Summer Sizzle with Kiana. 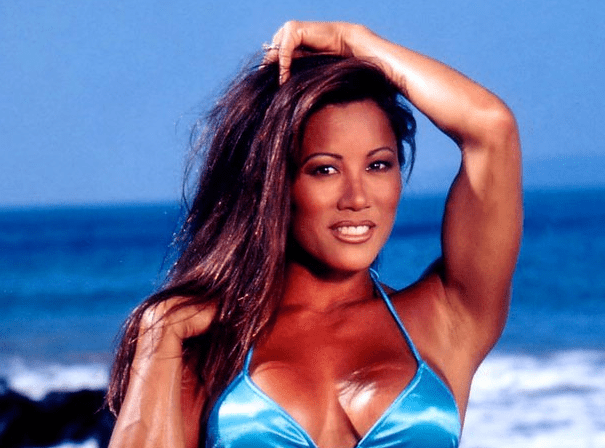