Brian Todd Collins, also known as Kid Ink, is a Los Angeles, California-based American rapper, singer, songwriter, and record producer. Collins released his first independent album, Up & Away, in 2012, followed by an EP called Almost Home and his first major studio album, My Own Lane, in 2014. The latter gave way to the singles “Show Me,” “Iz U Down,” and “Key Chick” (featuring Chris Brown). Full Speed, his third studio album, was released on February 3, 2015, and included the singles “Body Language,” “Hotel,” and “Be Real” (featuring Dej Loaf). Summer in the Winter, a surprise commercial mixtape released on December 25, 2015, featured the supporting track “Promise” with Fetty Wap. Kid Ink also released RSS2 (a mixtape) in 2016, as well as EP 7 Series in 2017 with the lead single “F with U.” In December 2018, he released Missed Calls, which included the single “YUSO” (featuring Lil Wayne and Saweetie).

Collins started rapping full-time at the age of 22. Collins released his first official mixtape, World Tour, in 2010. The mixtape became successful, drawing the attention of a radio disc jockey, DJ Ill Will, the founder of HotNewHipHop. Over 100 tattoos cover Kid Ink’s body, hence his stage name. He had his first tattoo when he was 16 and has been “addicted” to them ever since. On his chest, he has portraits of his mother and grandparents, as well as a tiger, which reflects his Chinese birth symbol. In 2013, he flaunted his tattoos in one of PETA’s anti-fur commercials, “Ink Not Mink.” He currently boasts over 9.5 million followers on Instagram and over 3 million subscribers on YouTube. His newest single “Red Light” was released in 2021. His newest album is slated to drop in April of 2021. 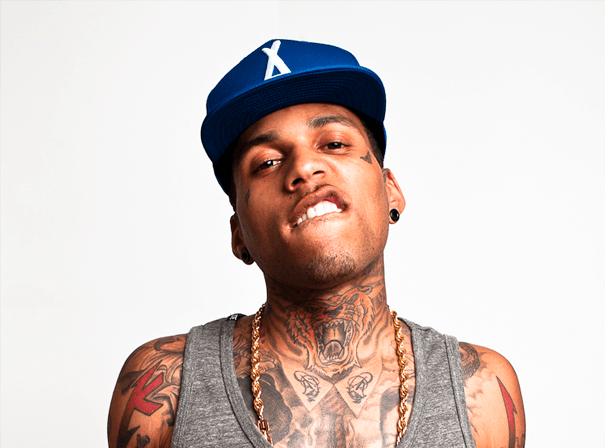