Known as the Napalam Girl, Kim Phuc Phan Thi is The Vietnam War’s ‘Girl in the Picture’. Today she is a regarded author and keynote speaker.

Phuc Phan Thi’s story is on that is unforgettable. The girl behind the iconic photo of the Vietnam War, she was photographed by Nick Ut, fleeing for her life, naked, screaming in agony, her skin on fire. In her story, Phuc Phan Thi explains how her life changed at the click of the camera. The recognition she received helped save her after which she was sent to a specialist burns clinic, undergoing 17 operations and plastic surgery to help her have a second chance at life. Phuc Phan Thi is now a motivational speaker, telling her story to audiences around the world. She shares her struggles of overcoming death, pain, fear and her ability to survive trauma. One of compassion, her inspiring message is uplifting and proves the power of humanity. In 2017 Phuc Phan Thi published her critically acclaimed book Fire Road. Her memoir of hope, in which she shares her journey through the horrors of war on a path to faith, forgiveness and peace.

Oh her many accomplishments, Phuc Phan Thi was named a UNESCO Goodwill Ambassador for Peace in 1997. She is also an honorary member of the UNESCO Canadian Commission, the Kingston Rotary and the St. Albert Rotary. Alongside these positions, Phuc Phan Thi currently sits on the advisory boards of the Wheelchair Foundation, the Free Children’s Foundation and the World Children’s Center. He accolades include the Queen’s Golden Jubilee Medal, the Order of Ontario and the 2019 International Peace Prize. 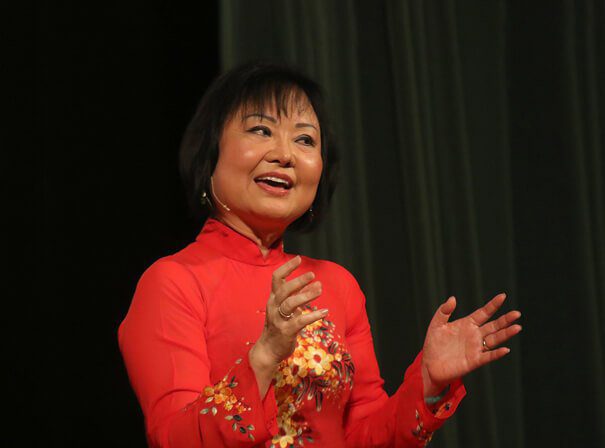