Kirk Norcross will be best known to many as one of the stars of the hit TV reality show The Only Way Is Essex. That was back in 2010, and really introduced Kirk to the British public, but by the time series three came around, Kirk left to focus on other ventures. He then made a welcome return in series seven but after one season again departed ways. By then, though, he was already a true star in the UK and a fast rising celebrity who was on the front cover of the March 2011 issue of Attitude Magazine. Kirk then went on to be a part of the Channel 5 reality TV series Big Brother, appearing in Celebrity Big Brother 9 with the likes of Gareth Thomas, Romeo and Denise Welch. After two weeks on the show he was eventually evicted after being up for voting off with the other housemates.
Since then he has remained a popular figure and has been in an advertising campaign with his friend and fellow celebrity Jodie Marsh. After a whirlwind relationship with Jodie, Kirk has also been in long-term relationships with fellow reality stars like Amy Childs, Lauren Pope and Cami-Li, to whom he was engaged. April 2013 brought with it the release of Kirk’s autobiography, Essex Boy, which confirmed him as a popular celebrity in whom people in the UK are hugely interested. February 2016 found Kirk engaged to his fiancée Holli Willis and together the pair welcomed a daughter called Violett to the world. 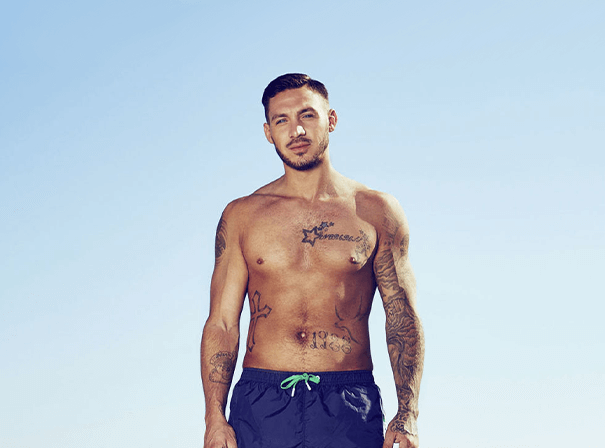