KJ Sawka is a legendary presence in drum’n’bass and dubstep circles. He is a producer, DJ, and drummer and is perhaps best known for playing drums in iconic band Pendulum and dubstep supergroup Destroid among others. He has released a number of solo albums, owns the independent label Impossible Records, has curated loop packs for leading music software program Ableton, and regularly uploads drum tutorials to his ever-popular social media pages.

Sawka was born in Seattle, Washington in 1977. He began drumming aged 12 and became interested in electronic music aged 18, being particularly inspired by the innovative sounds pioneered by Phil Collins in the early 1980s. Over the years, he began to develop his unique approach to drumming, fusing the classic acoustic kit with an increasingly innovative array of effects, echoes, and delays. He released his first solo album, Synchronized Decompression, in 2005 and released two more albums before joining Australian drum’n’bass act Pendulum — best known for noughties classics such as ‘Tarantula’ — in 2010. As well performing live all over the world with the band, he appeared on their third album, Immersion, which topped the UK charts and broke into the US Dance Top 10.

In 2012, Sawka teamed up with Excision and Downlink to form Destroid, a dubstep supergroup who have released one album and plenty of singles. In 2017, he returned to solo work with the Unity of Purpose EP. Today, he continues to collaborate with a vast number of artists, champion new music through Impossible Records, and remain a figurehead in live electronic music drumming. 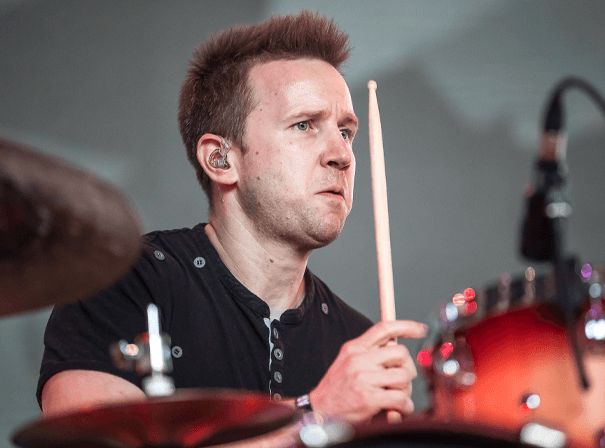