Rising star and teenage rock guitarist Kory Gibbs -nicknamed The Lightning Boy – is making waves with his incredible musical talent. The virtuoso guitar player has already opened shows for some of the biggest names in the music industry, including Dizzy Reed from Guns N’ Roses, legendary guitarist Johnny Winter, the Tubes, Pat Travers, Kansas and LA Guns. The young axeman has also sold-out two gigs of his own when he headlined at the Jackson Rancheria Casino Resort, and his impressive talents led to Gibbs recording his first 5 song EP with leading producer and Grammy Award-winner Bob Kulick.

Born and raised in Amador County, Gibbs began playing guitar just for fun and taught himself how to play using videos he watched on YouTube. When he was ten years old he began street performing, travelling to other cities including San Francisco, Sacramento, Las Vegas and Los Angeles to earn money to pay for upgrades to his equipment. In 2012 he performed his first show at the Pine Grove Schoolhouse with a band he formed himself, and from that point onwards his music career sky rocketed as word got around about his insane talent.

Gibbs has already written more than 30 original songs and continues to grow as an artist, and his ultimate goal is to form an 80’s style Rock N’Roll group where he is the lead guitarist. 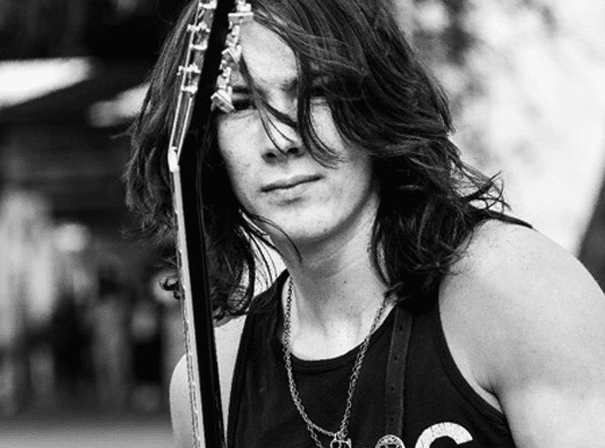