Chasing the dream, Carolina Panthers reporter Kirsten Balboni is a breath of fresh air. Brushing up against some of the NFL’s heavyweights, Balboni is giving powerful insights into the sporting world. Dominating the airwaves as a team reporter for the Panthers, Balboni also heads up their podcasts, digital interviews and the team’s website and social media channels. A broadcasting powerhouse, Balboni is undeniably making waves as she becomes a leading voice for the game.

Covering the Super Bowl 50 for Fox Sports was a monumental moment in Balboni’s career. Not only did she get to cover the ins and outs of the game, but Balboni was also there for the highs and lows of the Panthers incredible performance. Having previously covered all things NFL as a Fox digital host, Balboni thrives in the hot seat. Throughout her career, Balboni has travelled all over the USA pursuing the best live coverage of the greatest teams around. While in Connecticut, Balboni made her broadcasting stripes with ESPN which lead her to work with Fox Sports in Los Angeles and Chicago.

In a homecoming of sorts, Balboni’s work with the Panthers has brought her back to her town and home team. Dynamic, versatile and charismatic, Balboni’s energetic hosting skills add to the thrill of the game. As part of her role with the Panthers, Balboni delivers an engaging live NFL Draft Show. Interviewing the likes of Jake Delhomme, Jordan Gross and Jonathan Stewart, Balboni’s show packs a punch. 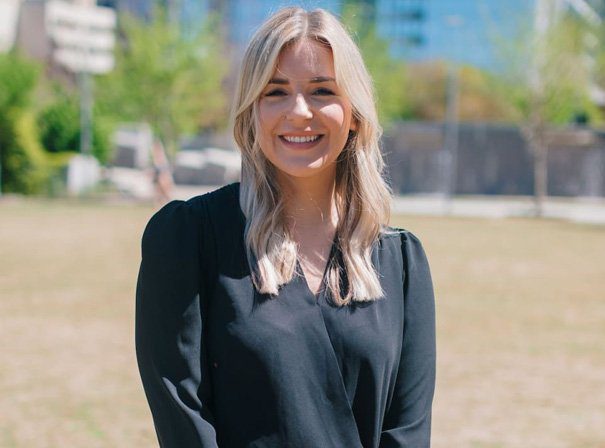