Multiple gold-medal winner Kristof Rasovsky is a Hungarian open water swimmer with an amazing track record and a bright future. Still in his early twenties, he has already competed at the Olympics, World Championships and European Championships. Having proven himself able to compete at the highest level across a range of different length courses, he has already qualified to be his country’s sole representative in the 10km Open Water Marathon at the Tokyo Olympics.

At the 2016 Rio Olympics, Rasovsky was one of two Hungarian swimmers to qualify for the 1500m Men’s Freestyle event. He’d beat the qualifying time of 15 minutes, 44 seconds by 20 seconds at the previous year’s FINA World Junior Swimming Championships. In 2017, at the FINA World Championships, he achieved his personal best over the same distance. Despite having been to the Olympics, 2018 was when Rasovsky truly began to come into his own. At the European Aquatic Championships in Glasgow, he took gold in both the 5km and 25km open water races as well as silver in the 10km open water. At the following year’s World Aquatic Championships, held in South Korea, he took again gold in the 5km open water event. This medal was particularly special as it made him the first Hungarian athlete to win a gold medal for open water swimming at a world championship. After winning, he famously posed for a picture with the last-placed swimmer, declaring that anyone who managed to finish the course was a champion.

With one world-first to his name, as well as several medals, it looks like Rasovsky has found his calling with open water swimming. 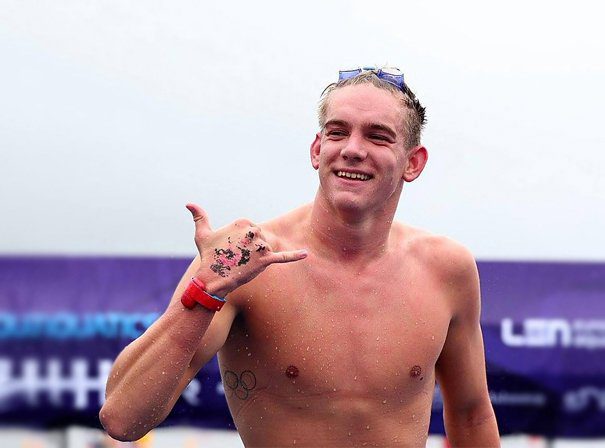