Athlete Kurt Fearnley is an Australian wheelchair racer, who has participated in five Paralympic Games and is an advocate for numerous disability charities.

Fearnley was born in New South Wales, and has a condition called sacral agenesis which prevented the development of certain parts of his spine and sacrum. Despite doctors saying he had a low chance of survival, Fearnley overcame the odds and went on to take part in sports throughout his time in school, including rugby and athletics. He was 14 when he first took up wheelchair racing, and turned professional when he was just 17. He became a member of the Western Region Academy of Sport and participated in his first Paralympic Games in 2000, in his home country of Australia. He took two silver medals in Sydney, and 4 years later took two gold medals in Athens. His winning streak continued, with golds at the 2006 IPC Athletics World Championships and the 2008 Beijing Paralympics.

Outside of his Paralympic, World Championship and Commonwealth Games appearances, Fearnley has competed in the New York Marathon men’s wheelchair event multiple times, and has done countless hours of valuable charity work. He is an ambassador for Don’t Dis My Ability, as well as serving on the board of the Australian Paralympic Committee and the National Disability Insurance Scheme. In 2009, Fearnley crawled the Kokoda Trail in aid of Movember and Beyond Blue, and in 2014, released his autobiography Pushing the Limits: Life, Marathons and Kokoda, which discusses the challenges he has overcome. 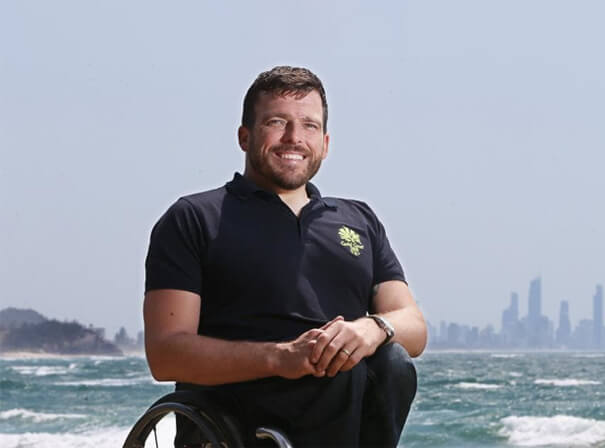