Award-winning comedian, actor, writer, musician and all-round entertainer Lana Moore is a New York native who means business. Perhaps best known for her groundbreaking comedy show, Tinder Live!, Moore has earned high praise from The New York Times, Entertainment Tonight, CBS, The Atlantic and more. When she’s not pulling out all the stops during her “ingenious” stand up shows, Moore can be seen on HBO’s Search Party, HBO’s Girls, and regularly appears on Comedy Central, VH1, MTV, TruTV and IFC.

The New York Times has praised the way Moore “manipulates tone and pace reveals an artist supremely confident in her form” for her sold-out residency in NYC. But it is perhaps her turn as frontperson and songwriter for her extraordinary band It Was Romance that wonderfully surprised fans and critics alike. BUST magazine named them the Best Band of 2015, which Billboard quickly followed by calling them one of the 16 Female-Fronted Bands You Should Know.

Earning acclaim whatever she turns her mind to, Moore is also a prolific writer for The Onion, The New Yorker Shouts and Murmurs, Teen Vogue, InStyle, GQ, The Washington Post, Glamour and Playboy. Her groundbreaking work championing diverse, inclusive coverage during her time as the Sex and Relationships editor at Cosmopolitan earned her a GLAAD award. From creating the popular blog Male Feminists of Tinder to authoring the number one bestseller How To Be Alone: If You Want To And Even If You Don’t, Moore is a creative powerhouse that is well worth your time. 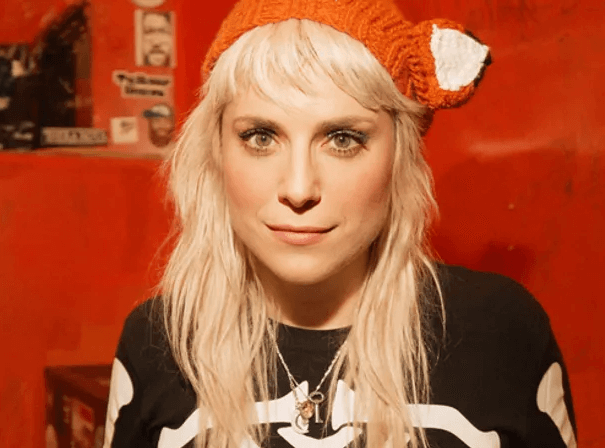