Lasha Talakhadze is an athlete who many argue is the greatest heavy weightlifter of all time. Talakhadze competes internationally for Georgia in the super heavyweight category. He was born in 1993 in Sachkhere, Georgia. His coach is Giorgi Asanidze. Initially he competed in the +105 kg division then in 2018 when the IWF restructured the weight classes he moved to the +109 kg category.

Some of Talakhadze’s most significant achievements have been winning a Gold medal in weightlifting at the 2016 Summer Olympics in the men’s +105 kg category. He has been World Champion four times, winning gold in Houston 2015, Anaheim 2017, Ashgabat 2018 and Pattaya 2019. He was European Champion four times in 2016 in Forde, in 2017 in Split, 2018 in Bucharest and 2019 in Baturni.

He has won IWF Male Lifter of the Year three times and his personal best set in 2019, which are the current world records are: Snatch: 220 kg, Clean and jerk: 264 kg, with a total: 484 kg. This is the highest recorded in international competition history. It is likely that Talakhadze will compete in the Olympics in Tokyo and the world anticipates what achievements he will make next. 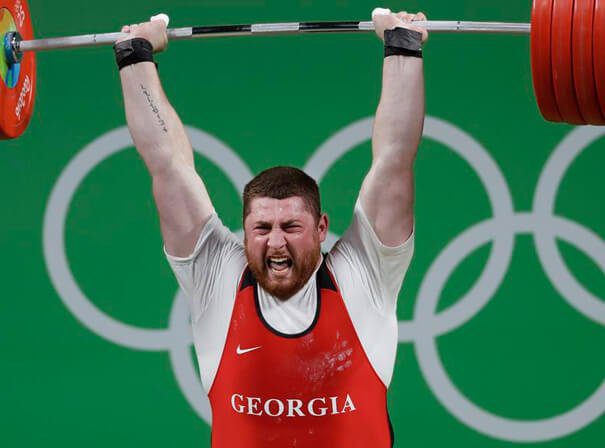