The world-renowned Mountaineer, Laurie Skreslet is best known for having been the first Canadian to summit Mount Everest.

Originating from Calgary, Skreslet became an expert rock and ice climber from an early age. He soon went on to be a part of a successful expedition to climb Huascaran, Peru’s’ highest mountain. He has also taught over 45 classes at Canadian and Colorado outward bound Mountain Schools. Of his many expeditions, Skreslet is best known for his ascent of Mount Everest in 1982 which made him the first Canadian to reach its summit as Part of a team of 21 mountaineers. A momentous achievement, Skreslet’s only injury during the expedition which took over five years to plan was three broken ribs. An amazing feat, overcoming deadly odds that have killed many a mountaineer. Of his other climbing achievements, Skreslet has led expeditions across the Canadian Rockies, South America and India. He has also climbed mountains in North America and the Andes.

A now inspiring keynote speaker, Skreslet motivates audiences around the world with his captivating talks on his own experiences, along with the importance of planning, dedication, and teamwork. In 2001 he published his award-winning book To the Top of Everest and has appeared in the CBC documentary The Climb, which revisits his Mount Everest expedition. A certified Association of Canadian Mount Guides, Skreslet also accompanied former Canadian Prime Minister Pierre Elliot Trudeau on his 28-day Arctic and South Asian tours. 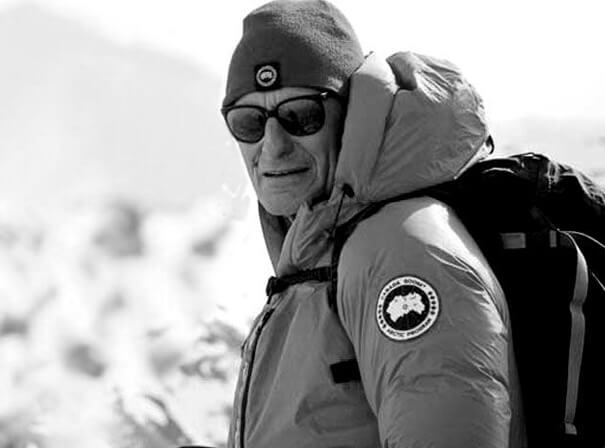