Leah Wellbaum is the lead vocalist and guitarist for the US alternative rock band Slothrust. Kyle Bann (bass) and Will Gorin (drums) make up the rest of the band. Wellbaum and Gorin met as students at Sarah Lawrence College and began working together. Following their participation in numerous student ensembles, the two decided to collaborate to make music with a “heavier” feel. The name Slothrust was created by combining Wellbaum’s previous project “Slothbox” with the word “rust” to represent the passage of time. Feels Your Pain is the band’s debut album, which was released in 2012 and includes the hit “7:30 AM.” The song was later used as the theme song for the FX television show You’re the Worst. Slothrust recorded a cover of The Turtles’ “Happy Together” with Wreckroom Records. The band’s sophomore album, Of Course You Do, was released in February 2014.

Slothrust announced their deal to join Dangerbird Records in July 2016, before releasing Everyone Else, their third full-length album. The band announced a tour with rock band Highly Suspect to coincide with the release of Everyone Else and performed a sold-out headline event at Brooklyn’s Rough Trade music store/venue. Slothrust spent most of 2017 on the road, including headline tours in the United States in March, July, and August. The band also performed at Lollapalooza in Chicago. The band’s fourth album, The Pact, was released in September 2018.

In 2021, Slothrust announced the upcoming release of the new album Parallel Timeline. The album has the band going back into improvisation, which has previously lent itself to the contagious energy of their live concerts. The album is mixed by industry icon Billy Bush and mastered by Heba Kadry. Slothrust has never sounded more assured, with a distinct yet cohesive sound that merges progressive rock, acoustic, and pop. 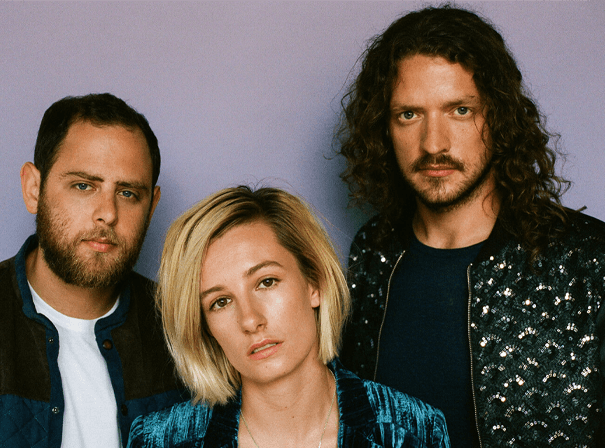