South Korean taekwondo practitioner Lee Dae-hoon is a two-time Olympic medallist, a double Asian Games champion, and a three-time World Champion. Also a legend of the Grand Prix circuit and a multiple Asian Champion, he is one of taekwondo’s most decorated figures, and one of his country’s most admired athletes. Lee has competed both as a flyweight and a bantamweight fighter, and has frequently been ranked the No. 1 athlete in his divisions in both the World and Olympic Kyorugi Rankings.

Lee grew up surrounded by taekwondo, and began learning the martial art at his father’s academy at the age of five. He would gain international fame in 2010, however, when he took gold at the Asian Games in Guangzhou, and followed this the next year by landing his first World Championships title in Gyeongju. Over the following years, he continued to prove his place among the upper reaches of the sport, taking a continental gold at the Asian Championships, and adding an Olympic silver to his tally at the 2012 Games in London.

In the years since his first Olympic medal, Lee’s accomplishments have been almost unparalleled. He has repeated his Asian Championships gold medal win, has retained the Asian Games title at both Incheon 2014 and Jakarta 2018, and has won Open Tournaments in Russia, Australia, Qatar, Germany, and Indonesia. Meanwhile, at the Grand Prix, he has scored a dozen gold medals, including claiming victory at the Grand Prix finals in four consecutive seasons. Lee took a second Olympic medal when he claimed bronze at Rio 2016, and in 2020 he secured automatic qualification to the upcoming Games in Tokyo. 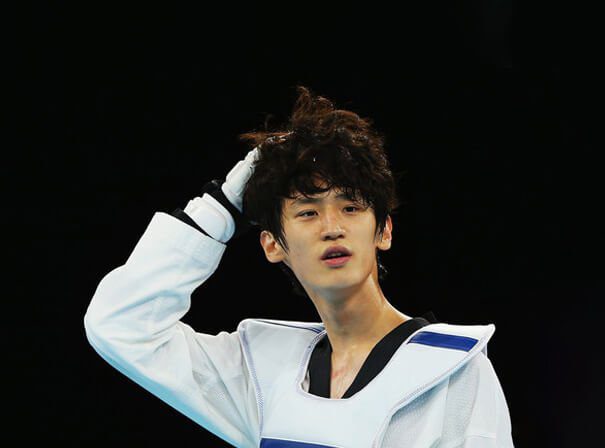