Melvin Lee Greenwood is a country music singer-songwriter from the United States. He is also a saxophonist. He has released more than 20 major-label albums and charted more than 35 singles on the Billboard country music charts since his debut in 1962. Greenwood is most known for his patriotic hallmark song “God Bless the United States of America,” which was first released and became famous in 1984, and resurfaced in 1991 during the Gulf War and after the September 11, 2001 attacks. It became his most successful pop single, peaking at number 16 on the Billboard Hot 100. Former President Donald Trump utilized the song as his rally introductory track throughout the 2016 and 2020 American Presidential Elections. Former President George W. Bush also appointed Greenwood to the National Council on the Arts in 2008.

In addition, he has seven number-one singles on the US Hot Country Songs chart: “Somebody’s Gonna Love You,” “Going, Going, Gone,” “Dixie Road,” “Don’t Underestimate My Love For You,” “I Don’t Mind the Thorns (If You’re The Rose),” “Mornin’ Ride,” and “Hearts Aren’t Made to Break (They’re Made to Love).” His single “I.O.U.” reached number five on the adult contemporary charts and number 53 on the Billboard Hot 100. Fans can follow Greenwood via his social media where he boasts 43 thousand followers on Twitter and 33 thousand followers on Instagram. 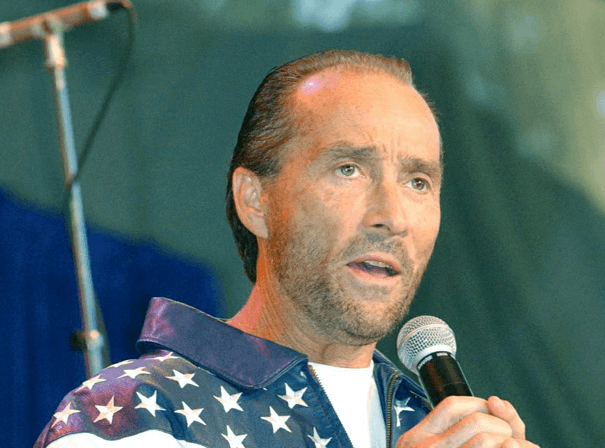