Born plain old Anthony Lehmann, “Lehmo”, as he’s known to millions of Australians, is one of the country’s most experienced, versatile comedians. As a stand-up, he has performed multiple sell-out shows at some of the world’s most iconic venues and festivals, including the Edinburgh Fringe, Adelaide Fringe, and Melbourne International Comedy Festival. His act has taken him everywhere from London’s world-famous Comedy Store to New York. He has appeared in a wide variety of TV shows, from The Project to Neighbours, and also found success on British TV as the host of Stand up Live.

Lehmo actually started his career as a chartered accountant. Realising it wasn’t the life for him, he decided to try and break into the world of comedy. Since then, he has built his reputation across stage, television, and radio. He’s also broken boundaries—for nearly a decade he held the world record for the most jokes told in an hour. As a radio presenter, he has found particular success. His first big gig was co-hosting the breakfast show for SAFM, then the highest-rating radio station in Adelaide. Since then, he has been sought by numerous stations and was co-host of the breakfast show on Melbourne’s Gold 104.3 for several years. His first book, This Shirt Won’t Iron Itself, was published to great acclaim in 2017.

Lehmo has developed excellent relationships with a range of brands and businesses, be it through speaking at their AGM or fronting their ad campaign. Like his comedy, these relationships have taken him overseas: British audiences, for example, will remember him from his series of adverts for XXXX lager. 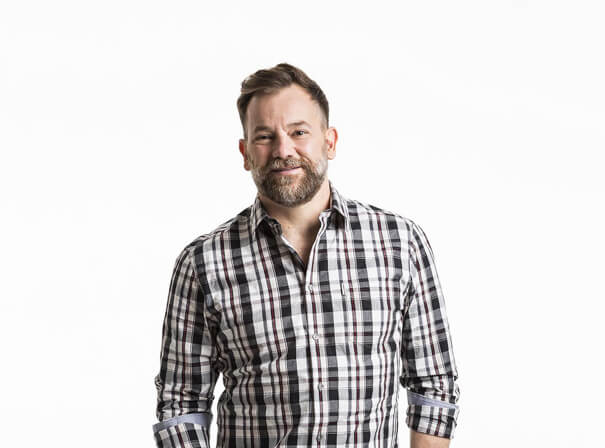