LenDale White is a former football running back who spent most of his career playing with the Tennessee Titans of the NFL. Born and raised in Colorado, LenDale attended South High School where he played with the school team for two years and was named to the Rocky Mountain News All-Colorado first team in 2000. In 2001 he went on to attend Chatfield Senior High School, again making the Rocky Mountain All-Colorado first team his first year there. That year he was also named the Class 5A Champion.

In 2002 LenDale was awarded Gatorade Colorado Player of the Year amongst a slew of other honors given to him that year. The following year the talented youngster played in the U.S. Army All-American Bowl, and finished his career as Colorado’s career high school rushing leader with 7,804 yards. Following his incredible high school football performance LenDale went on to show The University of Southern California Trojans what he was made of. He led the team in rushing his first two seasons, and made All-American selection in 2005. That year he led the nation with 24 rushing touchdowns, and eventually ended his college career setting a USC career rushing touchdowns record with 52.

LenDale was drafted by the Tennessee Titans during the 2006 NFL Draft. The following year he played his first ever 100-yard rushing game, against the Houston Texans, before setting a career-high rushing record for himself at 113 yards, in a game against the Oakland Raiders. LenDale kept on delivering, with his 2008 statistics even more impressive than the year before. He finished that season with career highs in; touchdowns in a season (15), longest run (80 yards), touchdowns in a game (3), and rushing yards in a game (149). 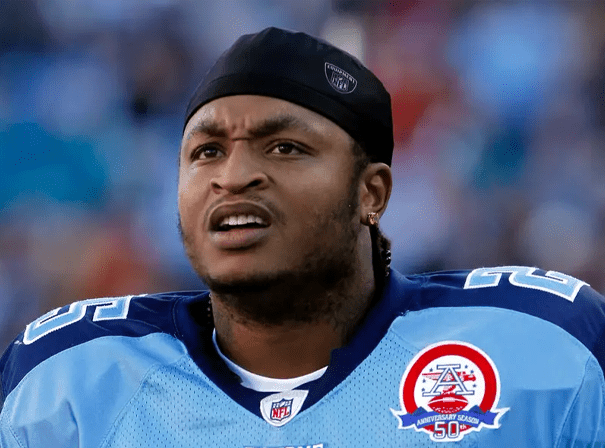