Three-time German national champion Leonie Beck is one of her country’s leading swimmers. She has won medals at world and European championships, competed in the Olympics, and proved herself adept at both pool and open water swimming. She was one of two German female swimmers to qualify for the Tokyo Olympics, where she will compete in the 10km open water marathon. Her hometown of Wurzburg once named her Athlete of the City.

Beck began serious training as a swimmer at the age of 11 when her family moved to Wurzburg, a city in Germany’s Bavarian region. Her doctor father had witnessed what could happen when children who couldn’t swim got into trouble in the water and so had insisted on swimming lessons from an early age. Taking advantage of her grandparents’ swimming pool, Beck began an intense practice regime that she continues to this day (in an average week, she swims anywhere between 70 and 100km). As a competitor, Beck was initially a pool swimmer, specialising in the 800m and 1500m freestyle. Just weeks after her 16th birthday, she competed in her first senior world championship, finishing 12th in the 1500m. At the 2015 championships, she missed out on a place in the final by one second. She qualified for the 2016 Olympics, again narrowly missing out on the final. 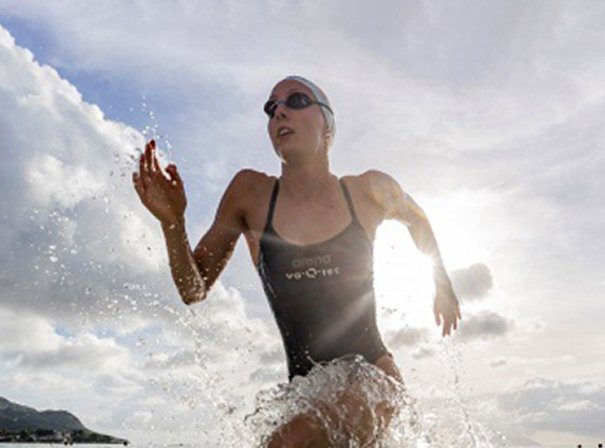