Levi Roots is the businessman and chef behind one of the UK’s most popular and distinctive food brands – Reggae Reggae Sauce. Finding fame on Dragon’s Den, Roots has since become a familiar face on television and the nation’s best-known champion of Caribbean food.

Born in Jamaica, Roots was for a long while raised by his grandmother, whom he would help in the kitchen, before moving to Brixton to join his parents at the age of 11. Over the following years, he developed an early career in music, performing with the likes of James Brown and Maxi Priest, and was nominated for a MOBO Award in 1998.

Roots began producing a jerk barbecue sauce in the early 1990s, selling it at events such as the Notting Hill Carnival, where he would also perform. In 2007, he appeared on the fourth series of the BBC’s Dragon’s Den, seeking £50,000 in funding for his business. His pitch was successful, and he received backing from dragons Peter Jones and Richard Farleigh in exchange for a 40% stake in his business. Soon after his appearance on the show, it was announced that Sainsbury’s would be stocking Roots’ sauce, and the sauce went on to sell up to 50,000 bottles during its first week at the supermarket chain. The brand has since expanded to include further sauces, snacks, beverages and sandwiches, and has even been incorporated into a Domino’s Pizza and a KFC box meal.

Roots’ success in business, as well as his winning personality and musical prowess, have helped him to become a media figure in his own right. He has published the Levi Roots’ Reggae Reggae Cookbook, hosted Caribbean Food Made Easy on BBC Two, and has appeared on shows including Celebrity Mastermind, Big Brother, Ready Steady Cook, and Radio 4’s Desert Island Discs. 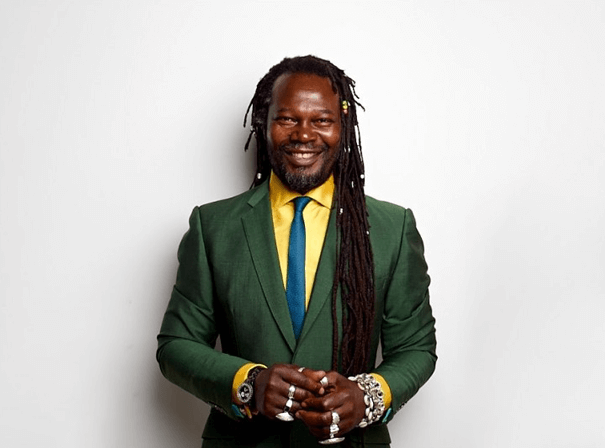