A member of the world-famous duPont family and the daughter of freestyle skier Holley duPont, she first tried skiing when she was just two years old. A natural at the sport, she began to pursue ski racing growing up and competed on the Sun Valley ski team, qualifying for the Junior Olympics in two consecutive years. She became a member of the University of Colorado Free Style Team during college and entered the Freeskiing World Tour reaching the top 10 overall in both 2009 and 2010. duPont signed to Eddie Bauer’s First Ascent team in 2010 and went on to qualify in first place at Revelstoke before sealing fourth place at the 2012 Red Bull Cold Rush event.

duPont has featured in several films and television productions, including Powder Highway Webisodes for National Geographic and 2013 ski film Tracing Skylines, for which she received a Powder Awards nomination for Best Female Performance. When duPont isn’t busy chasing powder she can be found biking, climbing, flying and surfing. She has also worked with many non-profits, including a volunteer program for Street Children in Cambodia, and climbed Mount Kilimanjaro to raise funds for a charity helping children in Tanzania. 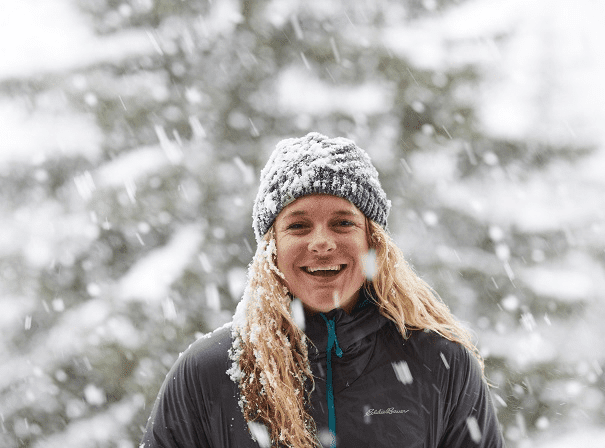