Lil Texas is an American electronic music artist, musician, DJ and producer. He is making waves for his unique and distinctive hardcore style of production and performance, inspired by jazz and classical music. He reached recognition on the world stage with his acclaimed single I Am Excited, which was influential in the rave scene and among online listeners.

Born in Dallas, Texas, his stage persona and branding has been greatly influenced by his upbringing. Subverting the expectations and associations with American Southern music, his electronic tracks are high-tempo and synthesised, harking back to traditional rave sound. He grew up playing jazz and classical music, which provided the foundations for his style of music-making. After playing in more traditional bands, he soon began to turn to electronic music and the development of a more personalised creative vision.

He has released several singles . He is a fixture on the electronic music scene and festivals, with notable appearances including a debut at the event Basscon Wasteland in 2018, and the festival Southern Wonderland in Southern California 2019. He is associated with and has supported notable acts such as Gammer and Junkie Kid. He is widely regarded as a pioneer of the Texcore electronic dance movement, and is a proponent of a unifying and underdog-style attitude towards the scene, particularly aiming to raise the credibility of high-BPM music. 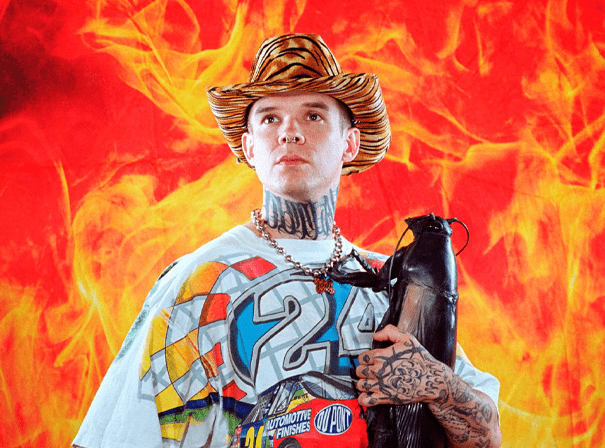