Lilly Ghalichi is a multi talented designer, businesswoman, uniquely creative talent and entrepreneur who has many more talents that you can imagine. On the outside it is fair to say she has the look orf a classy Persian Barbie but on the inside she is a steely talent who knows where she wants to be in life. She is full of drive and has great intelligence and is an attorney who appreciates the very real importance of education as a tool of empowerment. She herself studied at the Red McCombs School of Business at The University of Texas at Austin and at the end of her course picked up a Bachelor’s Degree in Business. She then continued her studies with further formal education at Loyola Law School in Los Angeles, and it was here that she picked up her Juris Doctor with honours (graduating Cum Laude/Order of the Coif), and thus was a fully licensed and eager Attorney in the State of California. Outside of law, fashion and design have been great passions of Lilly’s, and so she was moved to start her own two fashion companies, which she also designs for. These are a Beverly Hills line of Luxury Swimwear called HaveFaith-Swimgerie, and the second is an affordable fashion company that prides itself on providing a celebrity looks for less at the website WantMyLook.com. _With this business going so well, Lilly reached yet further into the entrepreneurial glam world and is said to have coined the term “Ghalichi Glam” that saw her create her own line of glamorous eyelashes called Lilly Lashes, as well as her own range of luxe human hair extensions under the name Lilly Hair. Lilly’s most recently taken to glamours fine jewellery and launched her own line called The Lilly Ghalichi Collection by Avitan. As someone who is a keen fashionista and loves everything that is fabulous and fun and fierce, Lilly documents her life in fashion at her blog www.lillyghalichi.blogspot.com, and so she is truly proof that one should never judge a book by its cover. 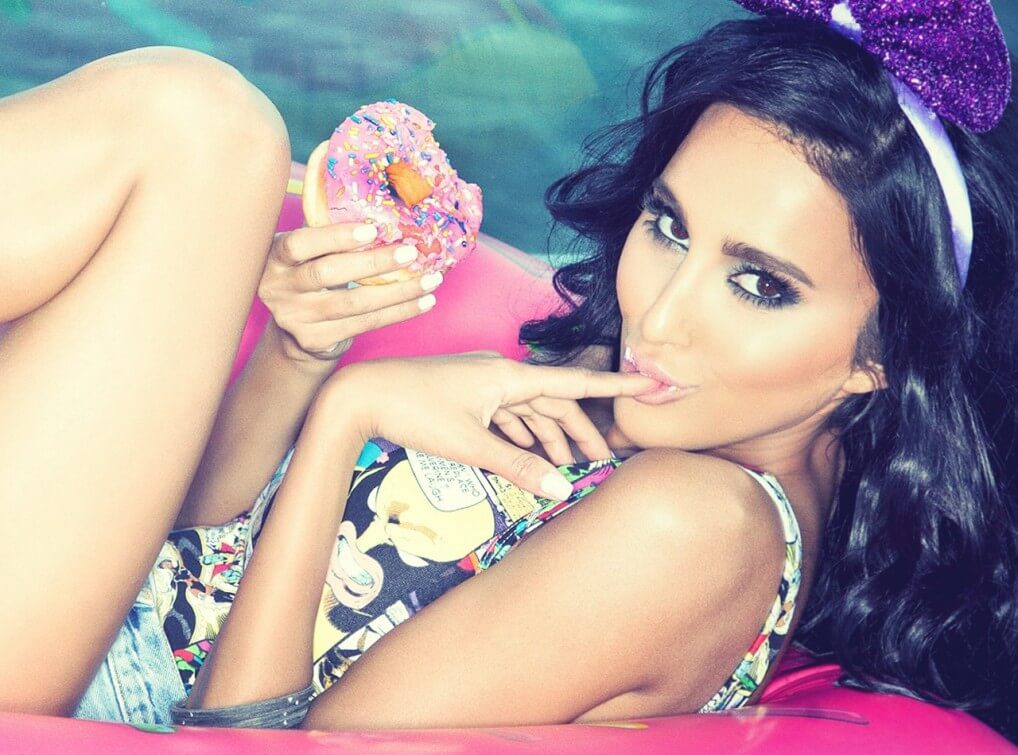