Lindsay Elizabeth Agnew is a Canadian soccer forward who plays for the North Carolina Courage of the NWSL and the Canadian women’s national team. Agnew, who was born in Kingston, Ontario, began playing soccer at the age of four. She went to Dublin Jerome High School in Dublin, Ohio, where she was a member of the varsity soccer team for four years. She was also a basketball player. Agnew was selected first team All-Ohio and ESPNHS second team All-American after helping the team reach the state championships during her junior year.

Agnew spent five years playing club soccer for Ohio Premier, helping the team capture the U-18 ECNL national championship in 2013. From 2013 to 2016, Agnew was a member of the Ohio State University soccer team. The Washington Spirit selected Agnew with the 19th overall pick in the 2017 NWSL College Draft. In her debut professional season, she would make eight appearances. Agnew was dealt to the Houston Dash for the third overall pick in the 2018 NWSL College Draft in January 2018. In January 2020, Agnew signed with Sydney FC of the Australian W-League in the middle of the 2019-20 season. She appeared in five games, logging 450 minutes and one assist.

Agnew’s international career began in January 2017, when she was called up to the senior national squad of Canada. She was named to the roster for the 2019 FIFA Women’s World Cup. In March 2020, Agnew was named to the North Carolina Courage’s preseason roster as a non-roster invitee. She signed a one-year contract with the Courage in June 2020, with a one-year option to extend. Agnew keeps up with her fans on Instagram, where she boasts more than 8,000 followers. 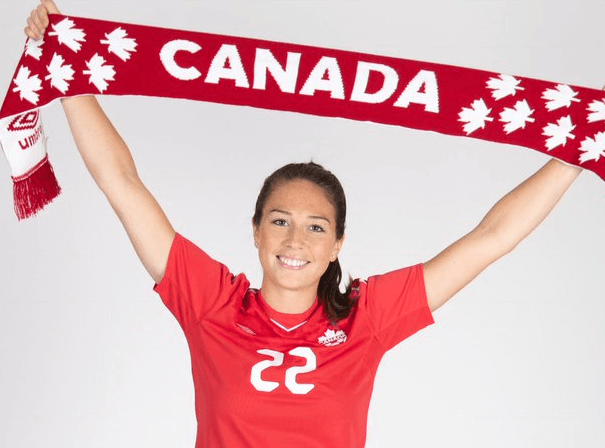