Lindsay Demeola is an Instagram model, social media star and influencer who has amassed over 164,000 followers on her Instagram account. She first found fame on Tumblr and then progressed to other social media platforms including YouTube and Instagram, and has now interacted with a large online audience for more than six years. Her popularity as an influencer has led to numerous collaborations and promotions for fitness products, clothing brands, movies, books and food products through her social media accounts.

Born in New Jersey, Demeola later moved to Los Angeles, California and began to post on microblogging and social networking website Tumblr. Demeola also worked as editorial manager and social media manager for several companies including Riot Society and DigiTour Media LLC, handling influencer relations and tracking analytics across social media platforms, learning valuable skills that have helped her become a leading influencer and social media star. After gaining notoriety and an impressive army of fans on Tumblr she then began to post on YouTube (including a memorable collaboration with comedian and YouTube star Dominic DeAngelis in 2014), and also took part in live broadcasts on social media.

When she first started posting online in 2010 Demeola was one of the earliest Social Media Influencers, and the popular star has continued to grow, evolve and expand her following, always keeping up with the latest online trends. 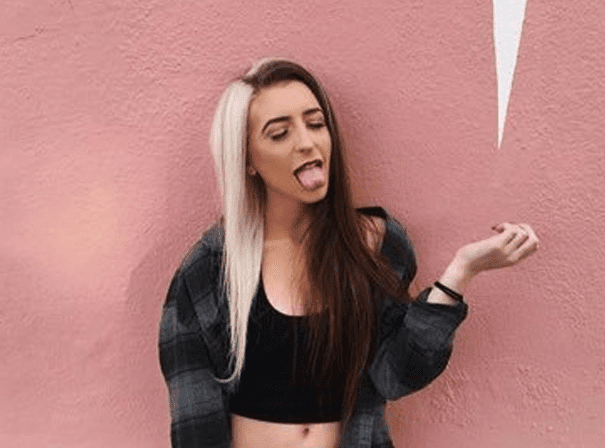