In July 2013, Lindsey Russell landed “the best job in the world”, after winning a BBC competition to become the 36th presenter of long-running children’s show, Blue Peter. After a series of tough challenges, Lindsey’s victory was announced during a live episode at the CBBC Festival in Leeds.
This achievement of Lindsay’s was one of the proudest moments of her life. With a staggering 20,000 applicants, she managed to win over young viewers with her engaging and energetic personality. To earn the “best job in the world”, Lindsey had to partake in some tough challenges, including filming at the top of Blackpool Tower, making a water raft in Snowdonia and surviving a gruelling interview from a panel of veteran TV personalities. Today, Lindsey hosts Blue Peter every Thursday at 17:30 on the CBBC channel.

On 26th February 2016, Lindsey embarked on a whole new adventure for Sport Relief, which was dubbed The Wave Runner. In a feat never before undertaken, Lindsey Russell set out to run across the Irish Sea in a 3-metre zorb. This was a gruelling test of pure physical strength and mental reserve.

Although weather conditions made it impossible for Lindsey to complete the challenge, a spokesperson for Sport Relief said that “her inspirational efforts wowed us all. We are enormously grateful to Blue Peter for their support, and for organising events like this which we hope will inspire children across the UK to do their bit for Sport Relief.” An undoubtedly positive and inspiring new talent on British television, Lindsey’s career is set to continue growing. 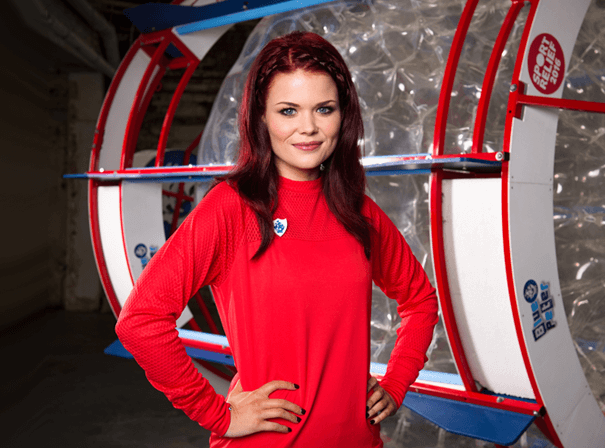