Manu Tuilagi is one of six brothers who play rugby, and he himself is a pivotal part of the Leicester Tigers and England sides. The youngest of all the brothers, Manu is an extremely powerful centre who often crashes through defences with the ball tucked highly in hand. He is fast paced, tough tackling and a dedicated performer who accelerated through the international age-grade ranks. Manu was in fine form come the 2011 World Cup and won his place in the side, impressing in each game despite the side being knocked out in the quarter finals.
The Samoan born player only debuted for England in the same year, scoring in his first match as England beat Wales. After a run of injuries and misdemeanours, which got him in trouble with the International Rugby Board, Manu missed out on the 2012 Six Nations initially but then came back to play in the third game. He then got selected for the British& Irish Lions tour to Australia and went on to play in the final test, winning the series 2-1 overall. Domestically, Manu played for Leicester for the first time in 2010 and remains with the side. In all he has got 26 caps for England and has scored 55 points for them, whilst he has played 82 times for his league side, scoring 145 points in that time. Still only 25, Manu has had various injury problems that have plagued recent seasons but he still has much to offer in the future. 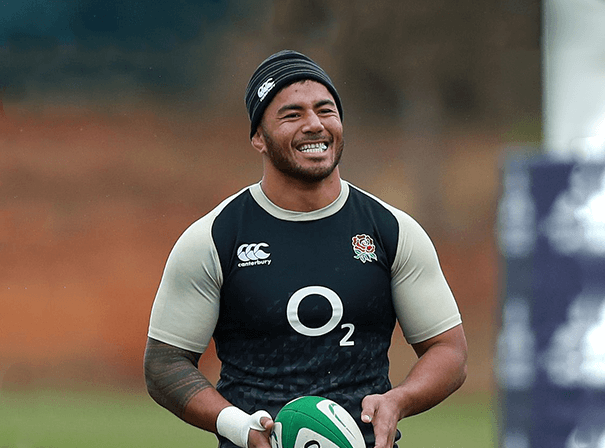