One of the greatest tennis players of all time, Maria Sharapova’s glittering career saw her become one of only 10 women to achieve the career Grand Slam. The Russian former world No. 1 won Wimbledon when she was just 17 years old and is also an Olympic medallist, clinching the silver medal at the 2012 London Olympics in the women’s singles. Ranked world No. 1 by the Women’s Tennis Association for 21 weeks, she won 36 titles in total during her remarkable career, including five major titles – Wimbledon, the US Open, the Australian Open and the French Open on two occasions. Sharapova was the highest-paid female athlete in the world for 11 years running, and has been in-demand as a model since her rise to fame as a tennis star, featuring in the Sports Illustrated Swimsuit Issue as well as numerous advertisements for the likes of Canon, Nike and fashion house Cole Haan.

Born in Russia, Sharapova began playing when she was a young child and caught the attention of tennis legend Martina Navratilova, who suggested the tennis prodigy moved to Florida to further her career. After quickly earning a scholarship to a tennis academy, she turned pro at the age of 14. With a dominating style of play and standing at 6ft 2, the shift in women’s tennis to a power game suited her and in 2003 she took part in every Grand Slam event. The following year she won her first Grand Slam, defeating Serena Williams at Wimbledon.

Away from the tennis court, the tennis star has committed to helping children around the globe achieve their dreams through The Maria Sharapova Foundation, and she has also donated to and supported various Chernobyl-recovery projects. 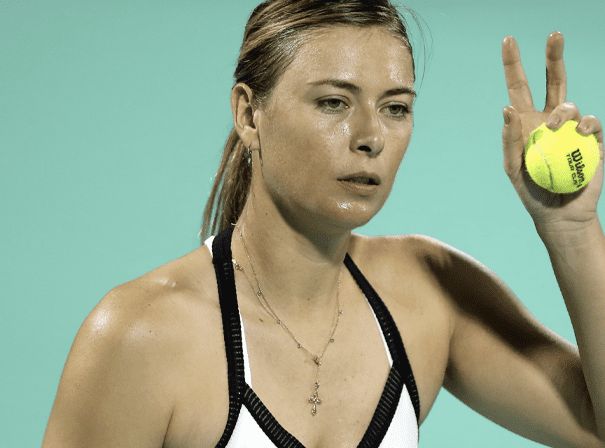