Rising television personality Marissa Patricia Lucchese rose to prominence as a breakout star from MTV reality TV show A Double Shot at Love. The 2019 reboot of the2008-2009 show starred DJ Pauly D and Vinny Guadagnino, and saw Lucchese compete with 20 other contestants for the affection of the two reality stars. Although she didn’t manage to win the hearts of Pauly or Vinny, Lucchese captured the hearts of many views around the world, and her popularity saw her return to join the second season of Double Shot at Love in June 2020. Blessed with both beauty and brains, Lucchesse is a fully trained makeup artist who has her own successful line of fake eyelashes.

Lucchese was born in New York in the quiet village of Massapequa Park in Nassau County, but has since relocated to bustling Long Island in New York City. Only 22 years old when she made her debut in Season 1 of Double Shot at Love along with Michelle “Mish” Gao and Maria Elizondo, she was one of the youngest contestants to appear on the show and quickly became a fan favourite with viewers.

Before making her television debut she had already trained as a cosmetologist and had racked up more than 7 years’ experience as a make-up artist, establishing Glamouriss Luxury Lashes, her own luxury, cruelty –free lash line. Lucchese also continues to grow in popularity on social media, with over 163k followers on Instagram. 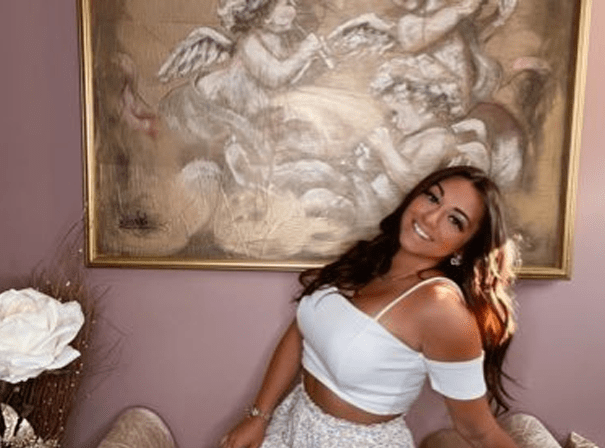