Loyalty is a rare thing in Soccer, but one of the most notable exceptions to that rule is West Ham United’s Mark Noble. During his 20-year association with the Premier League club, he has made nearly 450 appearances, been voted Hammer of the Decade, and recognised as the second-most prolific penalty taker in the world since the millennium. He’s still going strong today and is firmly established as West Ham’s longest-serving senior player.

Born in Canning Town, East London in 1987, Noble began his youth career aged 11 with rival side Arsenal, before moving to West Ham in 2000. Having represented England in the U16 and U17 teams, he finally got his senior West Ham break in 2004. Apart from brief loan spells with Hull City and Ipswich Town during 2006, he has never played for another team. By the end of the decade, he had captained the England U21 side at the 2009 UEFA European U21 Championships, helping guide the team to the final where they finished runners-up to Germany.

During the 2010s, Noble was twice voted Hammer of the Year by the West Ham faithful, and ultimately crowned Hammer of the Decade. In 2016, he had to honour of being the last player to lead a West Ham team out at Upton Park, the club’s stadium for 112 years. That same year, he was awarded a testimonial match by his club and the freedom of the London Borough of Newham (where his club is based) in recognition of his local charity work. His desire to give back was shown again in 2020 when he donated £35,000 to help those affected by the Covid pandemic. 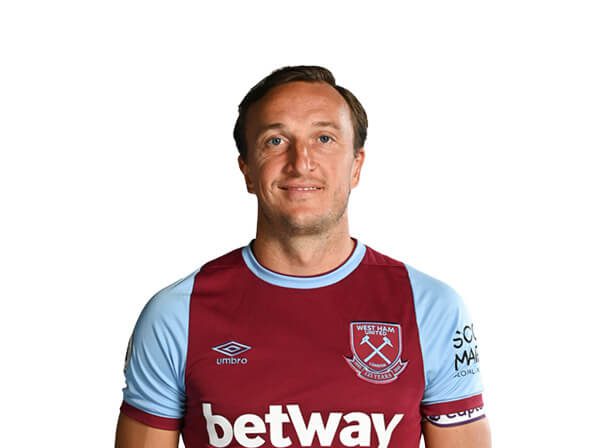