American actor Matt Dallas got his major break starring as Kyle Trager, the mysterious star of ABC Family’s sci-fi series Kyle XY. The show was a hit with young audiences, and Dallas was awarded the Rising Star Award by the Academy of Science Fiction, Fantasy, and Horror Films, USA for his role. He was also nominated for the Teen Choice TV Breakout Award. Dallas’ other successes have included The Indian, a 2007 film for which he won Best Newcomer at the Monaco International Film Festival. More recent projects have included films such as A Daughter’s Plan to Kill, Nearly Married, and Along Came the Devil.

A native of Phoenix, Dallas is a product of the Arizona School for the Arts. Having dreamed of being an actor since he was 12 years old, he made his first screen appearances in his early 20s, most notably in music videos for contemporary hits such as James Blunt’s ‘Goodbye My Lover’. His big break came the following year with sci-fi mystery series Kyle XY. Dallas played the title character, a teenage boy who is found in a forest near Seattle with the mind of a newborn baby and no belly button. The show ran for three seasons and was acclaimed by both critics and fans — it won the 2007 TCA Award for Outstanding Achievement in Children’s Programming.

After Kyle XY ended, Dallas had recurring roles in further successful series, including Eastwick and Baby Daddy. He has also starred in a wide variety of films from horror (Babysitter Wanted) to westerns (Wyatt Earp’s Revenge) to family comedy (Beauty and the Briefcase). 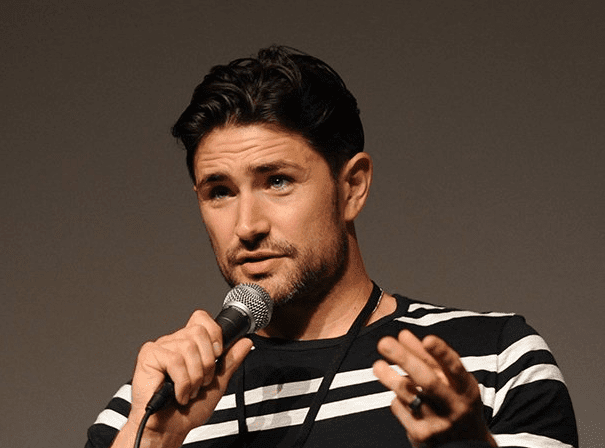