Matthew Lush is an American YouTube sensation, online content creator and gay rights advocate. He is best known for his YouTube Channel GayGod, which boasts almost a million subscribers. He began his channel in 2006, and has been one of the most cutting-edge and radical in the genre. The title, ‘GayGod’ came from a name his friends gave him, due to his passion for the cause.

Lush has been has been posting online since 2005. He was first a star on the blogging platform MySpace, but began posting videos on YouTube, which at the time was still a new and fresh platform. Therefore, he became one of the most subscribed channels and even became a YouTube partner. His videos are focused on comedic skits, vlogging and personal chats with the camera. He also makes more serious films, dealing with controversial LGBT issues of the day and aiming to provide educational advocacy films. His videos are also theatre and music based, becoming known for his lip syncs and dancing.

He is active on several other forms of social media such as Twitter and Instagram, known for being one of the most prolific gay rights activist voices. He has amassed over 244,000 followers on Instagram and 180,000 on Twitter. He has a supremely successful range of merchandise, which is a continuation of the GayGod brand. 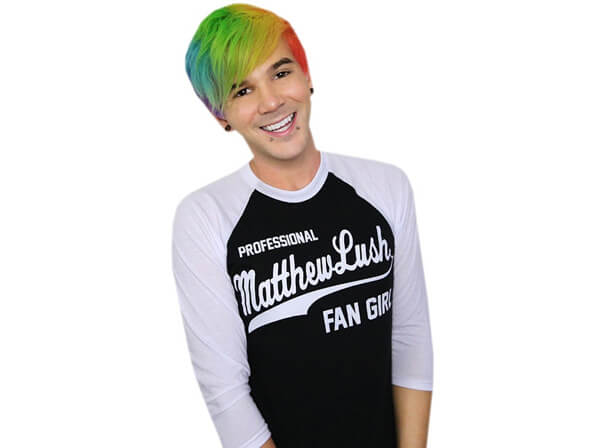