The wonderful May Pang is an incredibly talented author, part-time photographic journalist and Feng Shui jewellery designer. She has over 40 years of experience as a music publisher and a music production coordinator, and has worked with Apple Records, ABKCO Music, Island Records, United Artists Publishing, Famous Music, and the ABC Radio Network. She also co-hosts the internet radio show Dinner Specials on blogtalkradio. But she is probably best known for her 18 month relationship with John Lennon, often referred to as “The Lost Weekend”, and for her subsequent marriage to music producer Tony Visconti.

Born and raised in New York to Chinese immigrant parents, Pang attended the New York Community College with the intention of becoming a model. However, she fell into the world of music when she started working as a receptionist at ABKCO Records, Allen Klein’s management office in New York, which at that time represented Apple Records, John Lennon, George Harrison, and Ringo Starr. Pang then began working with Lennon and Yoko Ono, soon becoming their personal assistant. When Lennon and Ono’s marriage broke-down in 1973, Ono encouraged Pang and Lennon to get together. During her 18-month relationship with Lennon, Pang would work on the recording of Lennon’s Mind Games album, and then his Walls and Bridges album. The track Surprise, Surprise (Sweet Bird of Paradox) was written about her. Pang received an RIAA gold record award for her work on Walls and Bridges and continued her work as production coordinator of Lennon’s Rock ‘n’ Roll album, where she was credited as “Mother Superior”. She published her memoir, Loving John, in 1983, and later a book of insightful photography, Instamatic Karma, in 2008. 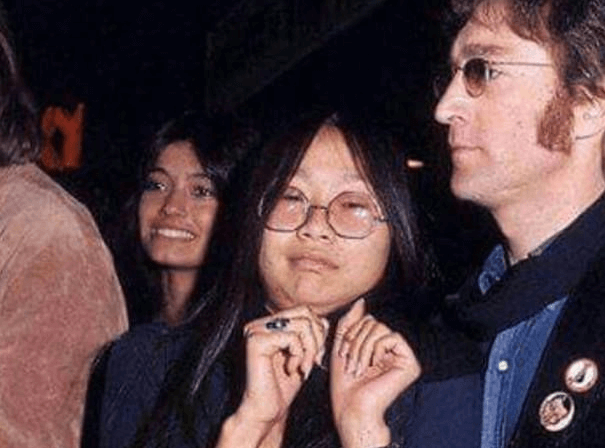